The Russian Navy’s (VMF’s) Northern Fleet is set to receive six surface combatants, submarines, and other vessels in 2020, Defence Minister Sergei Shoigu told a meeting of his ministry’s board on 28 February. 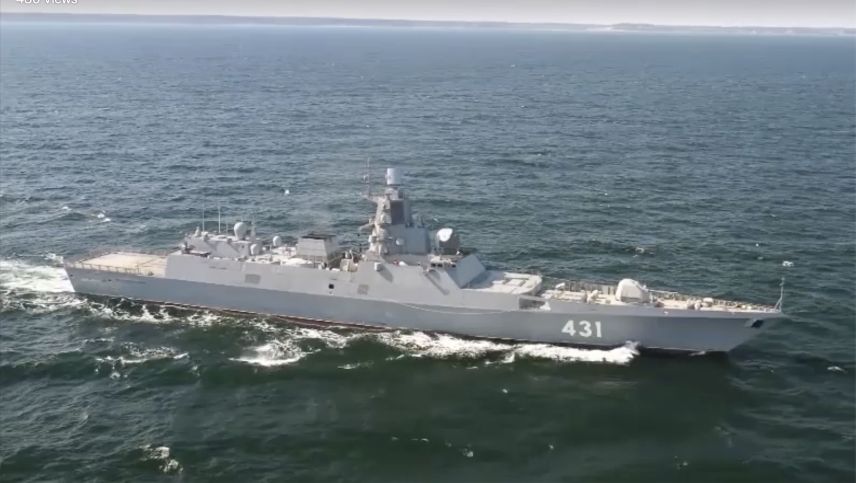 The Project 22350 frigate Admiral Kasatonov is to be commissioned in 2020. (Northern Fleet press service)

“The [Project 955A] strategic [ballistic missile] submarine (SSBN) Knyaz Vladimir and the [Project 22350] frigate Admiral Kasatonov, which have successfully completed state sea trials in the White Sea and the Barents Sea, will be commissioned soon,” said Shoigu. The Northern Fleet is also scheduled to receive more than 180 weapon systems modified for use in the Arctic before the end of 2020.

The Russian Ministry of Defence (MoD) is also upgrading the air defence system in the Arctic and is showing its presence near the Northern Sea Route. “One more air defence division has been formed in the Northern Fleet…. Troops of the Northern Fleet practise combined arms co-operation annually with units of the Airborne Troops, VKS, and special forces to protect important industrial facilities and maintain Russia’s economic interests in the Arctic,” said Shoigu.

Shoigu added that the MoD is placing an emphasis on reinforcing defence capabilities in the Far North. “We have created a solid foundation for the build-up of military infrastructure [in the Arctic],” he said. “Trials of the newest weapon systems, including hypersonic ones, are under way to dramatically increase the combat capabilities of the Northern Fleet and other fleets of the Russian Navy.”