“The Kazan nuclear-powered attack/cruise missile submarine was developed by the Malakhit Design Bureau and has effective strike and electronic weapons that allow it to carry out missions throughout the world’s oceans,” VMF commander-in-chief Admiral Nikolai Yevmenov said during the commissioning ceremony. 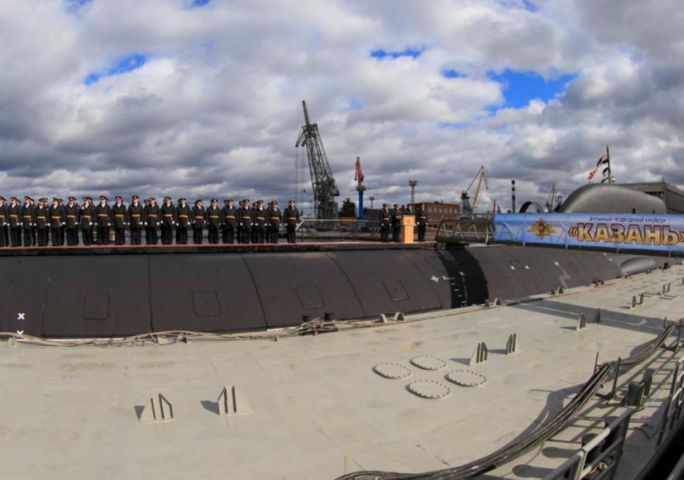 The VMF commissioned the Project 885M SSN/SSGN Kazan on 7 May. (Russian MoD)

Kazan was laid down on 24 July 2009 and launched on 31 March 2017. Factory sea trials of the submarine commenced on 25 September 2018. The Project 885/885M armament suite comprises Oniks and Kalibr missiles, to which the Tsirkon hypersonic weapon could be added in the near future.

Kazan will be assigned to the Northern Fleet, which already operates the basic Project 885 SSN/SSGN Severodvinsk. Laid down at the Sevmash shipyard, a subsidiary of the United Shipbuilding Corporation, and launched on 15 June 2010 and commissioned on 17 July 2014, Severodvinsk is being prepared for trials of the Tsirkon missile starting this year.