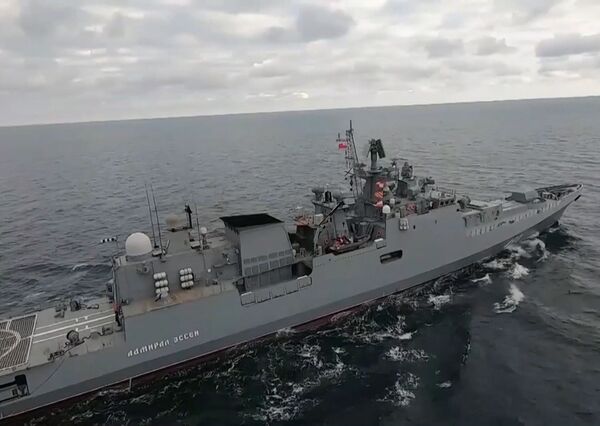 The Russian Navy has moved three large landing ships, five warships, and several vessels of other classes, including one missile boat, to the Sea of Azov under the pretext of participating in exercises, Ukraine's Minister of Defence Oleksii Reznikov stated during a press briefing on 21 February.

Meanwhile, warships and submarines of the Russian Northern Fleet concluded exercises in the Barents Sea and have returned to their permanent base, the MoD reported on 22 February. The exercises, which began on 15 February, included the Project 22350-class frigate Admiral Gorshkov , the Kirov-class battlecruiser Pyotr Velikiy , the Udaloy-class destroyer Severomorsk, and the Ropucha-class landing ship Aleksandr Otrakovskiy .