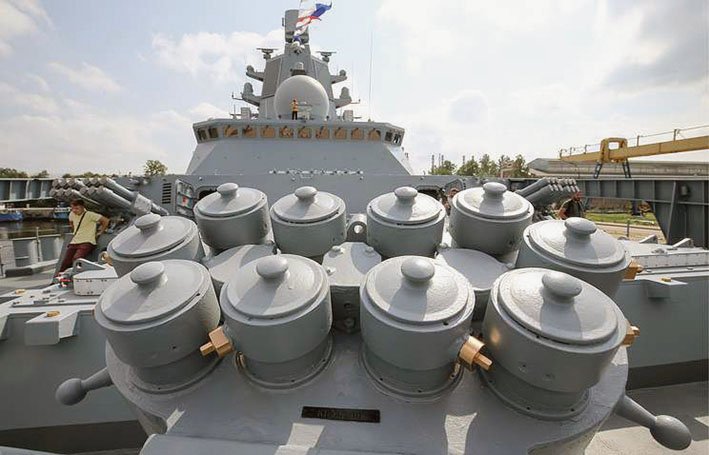 The system comprises the Poliment phased array radar and Redut vertical launch system and is capable of firing three types of SAMs – the short-range 9M100, medium-range 9M96M, and long-range 9M96 missiles – which can intercept incoming threats at a range of 150 km and at an altitude of 30 km.

The system is mounted on Project 22350 frigates such as the Admiral Gorshkov class, Project 20380 corvettes, and other prospective warships carrying the Poliment-Redut system.

Admiral Gorshkov , the first in class of four bluewater frigates for the VMF, is the first ship equipped with the Poliment-K multifaced antenna array as the primary sensor for the 9K96 Poliment-Redut naval air-defence system.

The SAM system is also expected to be installed on the VMF’s only aircraft carrier, Admiral Kuznetsov , and nuclear-powered missile cruisers Admiral Nakhimov and Pyotr Veliky .

Admiral Kuznetsov was damaged on 30 October 2018 when the PD-50 floating dock sank at Murmansk. The modernisation programme may be subject to delays as a result.

The air-defence system was expected to be accepted into service in early 2019, an unnamed defence industry source told Russian state media.

The Russian Navy (VMF) has completed trials of the Poliment-Redut shipborne surface-to-air missile (...