“The Rubezh-ME system is an internally funded development and is intended for littoral states with limited budgets that are not able to acquire more expensive western coastal defence systems,” a senior Taifun representative told Jane’s .

The complete Rubezh-ME system, which is mounted on a KAMAZ-6560 8x8 all-terrain chassis, includes a four-cell launch unit for Tactical Missiles Corporation Kh-35UE (‘AS-20 Kayak’) anti-ship missiles (ASMs), an over-the-horizon radar, and a fire control unit. “The system is compact and entirely self-contained, requiring no external target designation or cueing system,” the representative added. 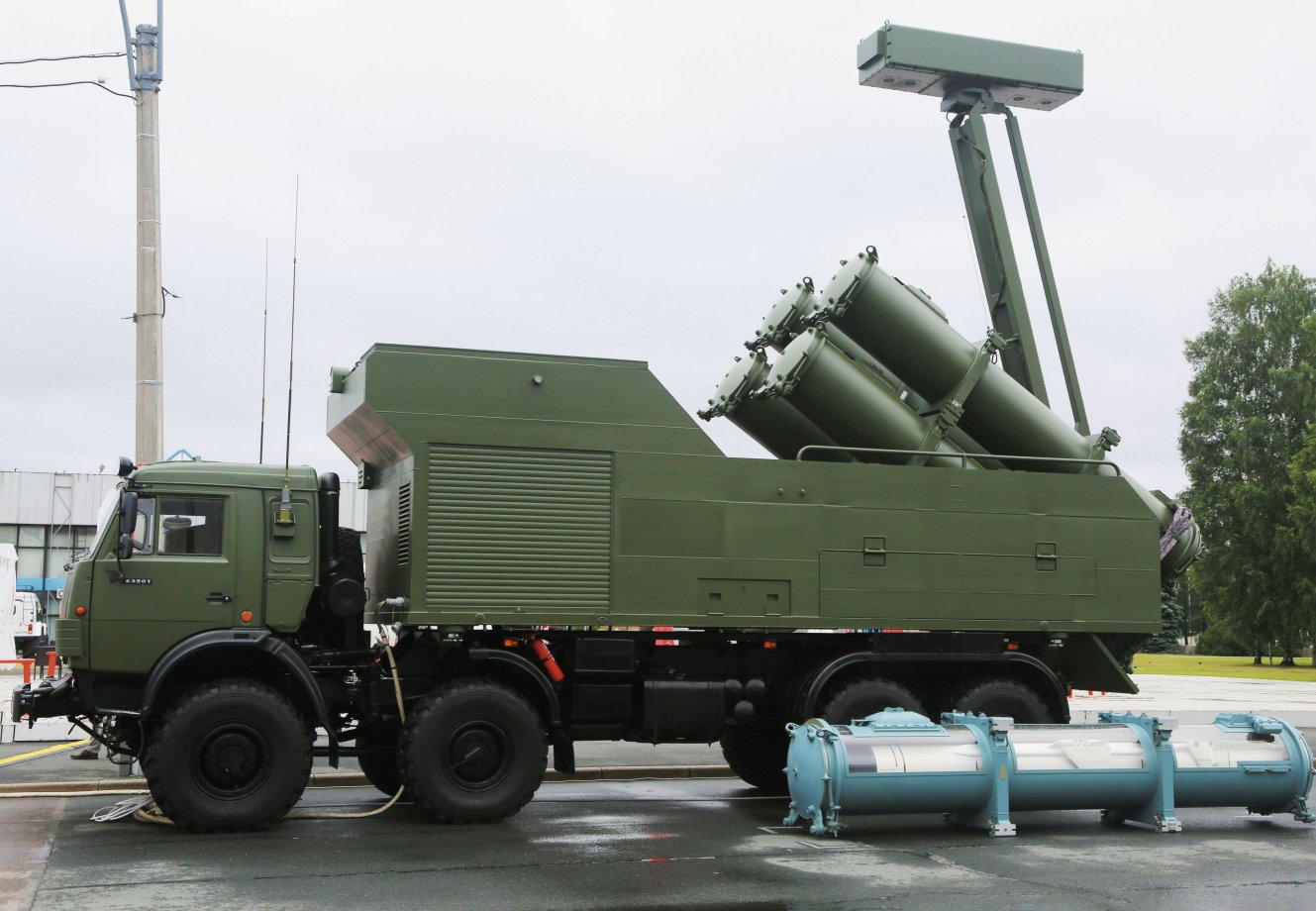 The Typhoon JSC Research and Production Enterprise Rubezh-ME mobile anti-ship missile system is shown here with a canistered Kh-35UE round in the foreground. (N Novichkov)

The Kh-35UE ASM weighs 670 kg, including a 145 kg warhead, and is capable of engaging a surface target at ranges between 7 km and 260 km. The missile produces a subsonic speed of M 0.8-0.85, flying at an altitude of 10 m–15 m and descending to 4 m prior to engaging the target. The Kh-35UE is furnished with INS/GLONASS navigation, with an active-passive radar for terminal stage guidance.

The Typhoon JSC Research and Production Enterprise/Kaluga Instrument-Making Plant (part of the Morin...