Russia’s Ministry of Defence (MoD) announced on 9 January that the country received 30 vintage T-34/85 medium tanks from Laos that are to be used in military parades, museum exhibitions, and films about World War II. 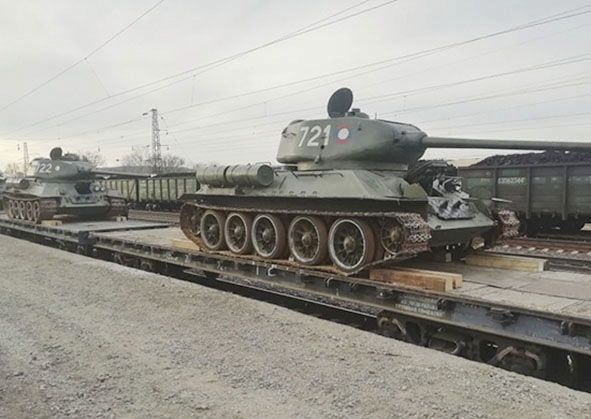 Russia received 30 vintage T-34/85 tanks from Laos in early January. The tanks are to be used in military parades, museum exhibitions, and films about World War II. (Russian MoD)

The tanks, which until recently were in the inventory of the Lao People’s Army (LPA), were shipped to the Russian port city of Vladivostok from where they are being delivered by train to the town of Naro-Fominsk near Moscow.

The move comes as the LPA is being modernised. A Laotian military source told Jane’s on 19 December 2018 that Russia had begun delivering upgraded T-72B1 main battle tanks to the service, pointing out that the LPA is set to receive “several dozen” of these tanks.

It is believed that the LPA still has around 10 T-34/85s in service, with an additional 20 believed to be in storage. The LPA could still operate a T-34/85 battalion comprising 31 vehicles, according to Zvezda.

The Laotian T-34/85s were licence-built in Czechoslovakia in the mid-1950s. In the late 1980s the tanks underwent some minor upgrades that focused on the vehicles’ engines, transmissions, and communication suites.