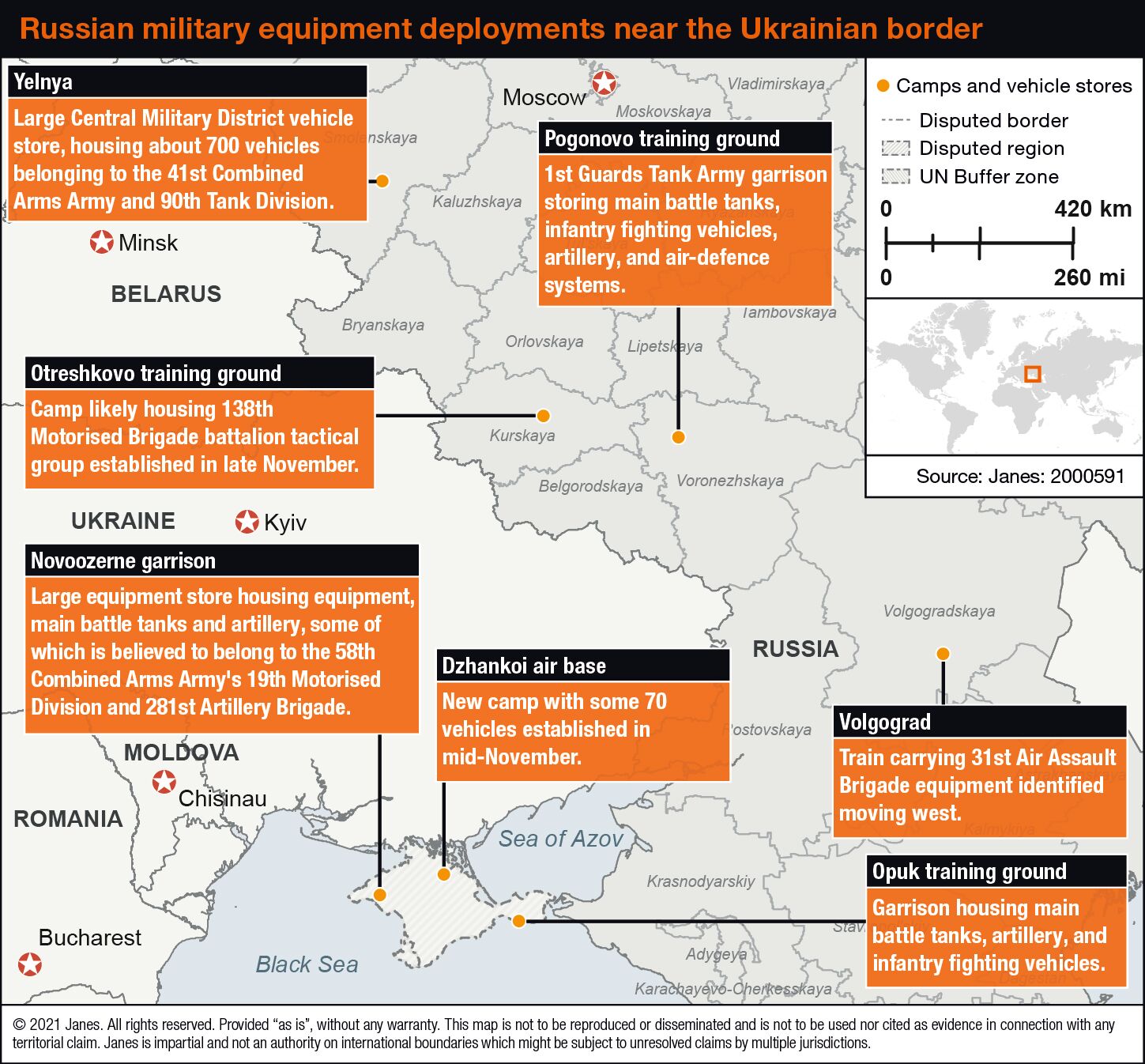 Since late October Janes has identified a significant increase in anomalous Russian military activity across the Ukrainian border area of operations, defined as being within 250 km of the Russian side of the border.

However, what at first sight appears to be a new Russian military buildup on the Ukrainian border should instead be viewed as a continuation of last spring's (March–April) buildup. Many of the units involved in the initial spring buildup remained in the Ukrainian border area of operations and have redeployed to new sites.

In addition, Russia has begun deploying new forces, including some of its best equipped and trained units, to the border area, to sites well outside of their normal training areas close to the border. The United States has expressed concern on multiple occasions over Russia's intentions during this phase of the buildup, and on 7 December US President Joe Biden held a two-hour virtual summit with Russian President Vladimir Putin to discuss the buildup.

In addition to the deployment of Russian ground units close to the border, Ukraine's Main Intelligence Directorate has reported an increased level of interaction between Russia's military and the Moscow-backed separatist 1st and 2nd Army Corps. This activity includes readiness drills under the leadership of Russia's 8th Combined Arms Army and the delivery of fuel, electronic warfare equipment, and unmanned aerial vehicles to the separatist troops.

This phase of equipment movements and deployments sits in stark contrast to what was seen in the spring, when Russian forces moved with minimal operational security. Trains carrying equipment travelled by day, in large numbers, often carrying vehicles to vast camps such as those in Voronezh and Crimea.