The Royal New Zealand Navy (RNZN) commissioned its new fleet tanker/replenishment vessel, HMNZS Aotearoa (A 11), in a ceremony held on 29 July at Devonport Naval Base in Auckland.

After a short period of specialist equipment fit-out the 173.2 m-long auxiliary oiler replenishment (AOR) vessel, which is replacing decommissioned fleet replenishment tanker Endeavour , will conduct sea trials before embarking on a series of port visits, said the RNZN in a statement published on its Facebook page.

Aotearoa , which is now the largest vessel in service with the RNZN, had sailed into Auckland Harbour on 26 June following a 15-day journey from the South Korean coastal city of Ulsan where it was built by Hyundai Heavy Industries (HHI). 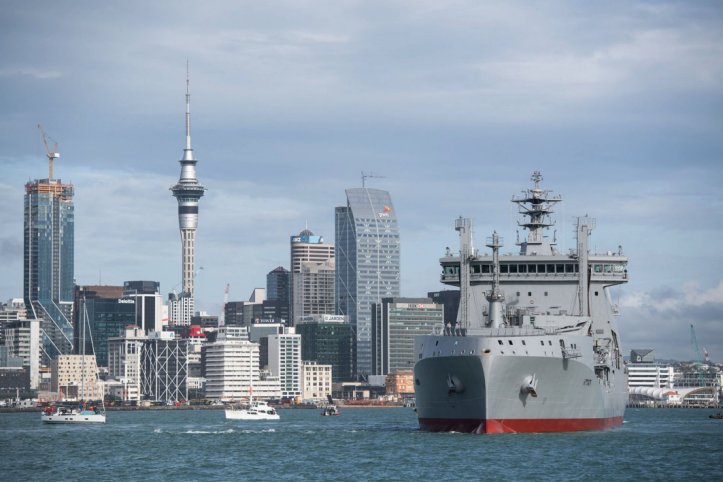 Aotearoa , the RNZN’s new fleet tanker/replenishment vessel is seen here sailing into Auckland Harbour on 26 June following a 15-day journey from the South Korean coastal city of Ulsan. The vessel was commissioned on 29 July in a ceremony held at Devonport Naval Base. (RNZN)

The ship’s home port will be New Plymouth in New Zealand’s western region of Taranaki. Ordered for NZD493 million (USD317 million) in 2016 under the country’s Maritime Sustainment Capability (MSC) programme, the vessel, which has a displacement of 26,000 tonnes and can carry 30% more fuel than Endeavour , was laid down in August 2018 and launched in April 2019.

The US Navy (USN) has commenced a first shipborne deployment of the MQ-8C Fire Scout unmanned aerial...
Request Consultation