Next article
RoKAF to upgrade KF-16s with new IFF, datalink

The Royal Navy (RN) reported on its website on 26 March that nine of its vessels had completed a “concentrated operation” shadowing seven Russian warships in the English Channel and North Sea. The development came as RN specialists and planners and other UK armed services were preparing to assist the country’s National Health Service (NHS) and government departments to counter the Covid-19 outbreak. 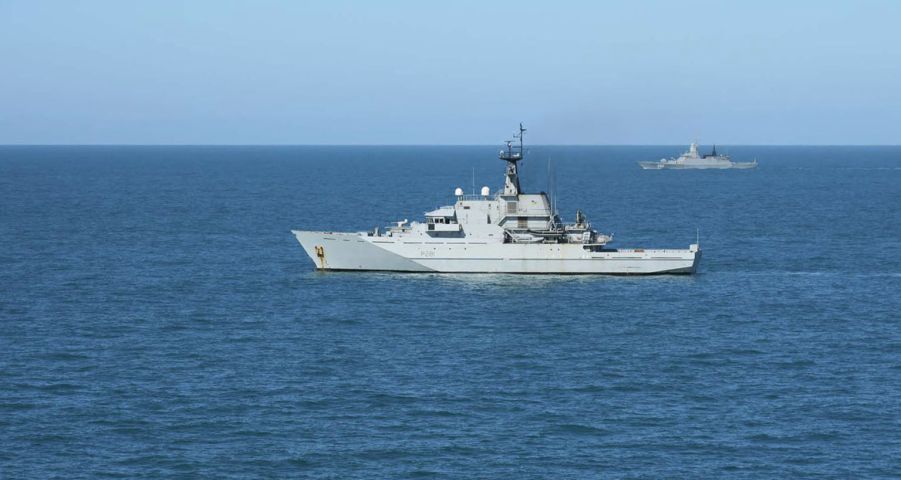 The Russian flotilla consisted of three of its latest Project 20380 Steregushchiy-class corvettes, two Project 775 Ropucha-class landing ships, and two Project 11365 Admiral Grigorovich-class frigates, plus auxiliary ships and tugs. Russia’s Baltic Fleet announced on 21 March that a strike group including Steregushchiy-class corvettes had carried out missile firing, anti-ship, anti-submarine, air defence and counter-terrorist exercises in the middle of the North Sea.

HMS Tyne executive officer Lieutenant Nick Ward said, “As the armed forces are helping the NHS to save lives, it’s our core business to uphold the security of the UK.”

The Royal Navy (RN) reported on its website on 26 March that nine of its vessels had completed a “co...