China has handed over the first of four Keris-class Littoral Mission Ships (LMSs) on order for the Royal Malaysian Navy (RMN).

The handover of Keris (with pennant number 111) took place in a ceremony held on 31 December at the facilities of Wuchang Shipbuilding at Qidong, near Shanghai, according to an RMN statement issued that same day. 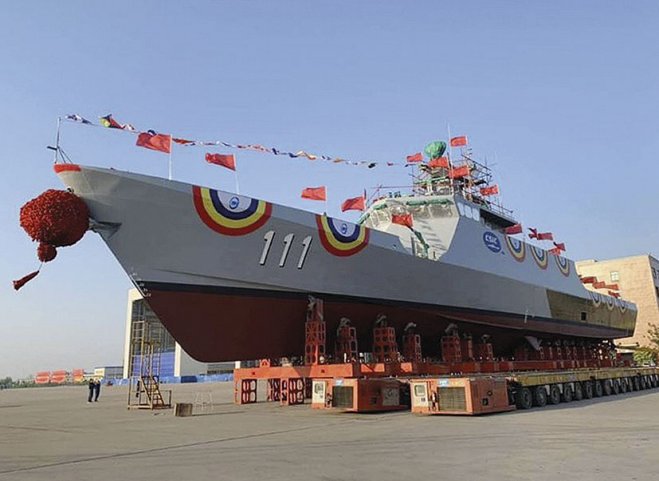 Keris , Malaysia’s first LMS is seen here before its launch at Wuhan, China, in April 2019. The warship was handed over to the RMN on 31 December in a ceremony held at Qidong near Shanghai. (Royal Malaysian Navy)

Keris , which was launched in Wuhan on 15 April, is expected to be inducted into the RMS on 6 January at Qidong before sailing to the RMN’s Sepanggar base at Kota Kinabalu, which is located in the state of Sabah in the Malaysian part of the island of Borneo.

Once in service, the service’s four LMSs are set to be based at Sepanggar, which also serves as the headquarters for the RMN’s Eastern Fleet.

Originally, BNS was set to construct two Keris-class vessels in Malaysia with assistance from CSOC as part of a technology transfer and capacity-building arrangement.