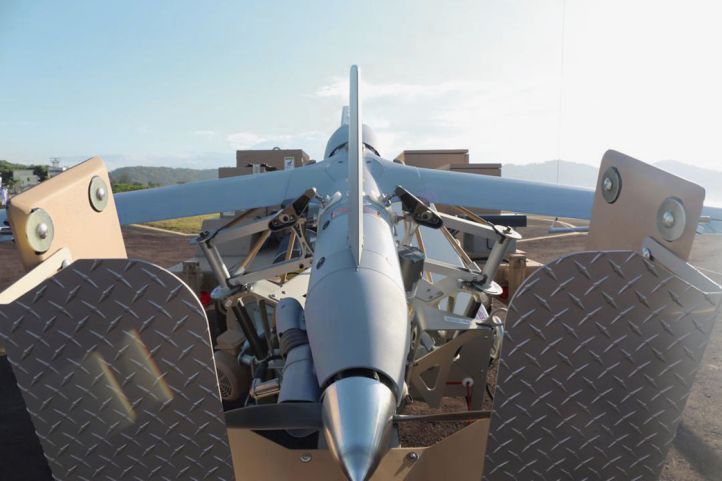 A ScanEagle UAV being displayed on its pneumatic launcher at the inauguration ceremony of Malaysia’s 601 Squadron on 4 March 2021. (Royal Malaysian Navy)

The formation, which is known as Squadron 601, was inaugurated by the service’s chief, Admiral Mohd Reza Bin Mohd Sany, on 4 March at the Kota Kinabalu naval base in Sepanngar, East Malaysia. It is the RMN’s first formation dedicated to unmanned aerial systems, said the service in a statement.

The RMN received its first batch of six ScanEagle unmanned aerial vehicle (UAV) units from the US in May 2020. The UAVs are part of 12 units pledged to Putrajaya under Washington’s Maritime Security Initiative (MSI) programme, which seeks to bolster the aerial surveillance capabilities of selected like-minded countries across the Asia-Pacific.

“These UAVs will enhance the Royal Malaysian Navy’s ability to defend the country’s territorial integrity,” reads a US Embassy in Kuala Lumpur statement on the delivery then.

Besides the six initial UAV units, Squadron 601 has also taken delivery of two pneumatic launchers, two units of the SkyHook UAV retrieval system, and two ground control units from the US. Collectively, the equipment received thus far are worth about MYR180 million (USD44 million), according to the RMN in a statement to announce the formation’s inauguration.

The Royal Malaysian Navy (RMN) has established a new formation to operate the ScanEagle unmanned aer...