Named HMAS Supply (II) (with pennant number A195), the 19,500-tonne vessel had arrived at the naval base on 15 January, only a few days after the Australian Department of Defence (DoD) formally accepted it from Spanish shipbuilder Navantia.

Launched in November 2018, Supply completed sea acceptance trials off the Spanish coast in August 2020 before arriving in Australia in October of that year for final fit-out and testing activities.

The 173.9 m-long AOR is one of two of the class ordered as part of a AUD642 million (USD500 million) contract signed in May 2016 under Australia’s Project Sea 1654 Phase 3 Maritime Operational Support Capability programme.

Second-of-class Stalwart (III) (with pennant number A304) was launched on 30 August 2019 and is expected to join the RAN later this year.

“The AORs will enhance fleet capability by extending the time a task group can spend at sea and the distance travelled,” said the DoD in a statement, with Defence Minister Peter Dutton adding, “Supply will help sustain our lethal naval capability and will play a critical role in enabling our joint force to maintain the security, sovereignty, and prosperity of Australia and our regional partners.”

The new vessels, which are based on the Spanish Navy’s Cantabria-class AORs, are to replace the AOR ship HMAS Success (II), which was decommissioned on 29 June 2019 after 33 years of service, and supply ship HMAS Sirius. 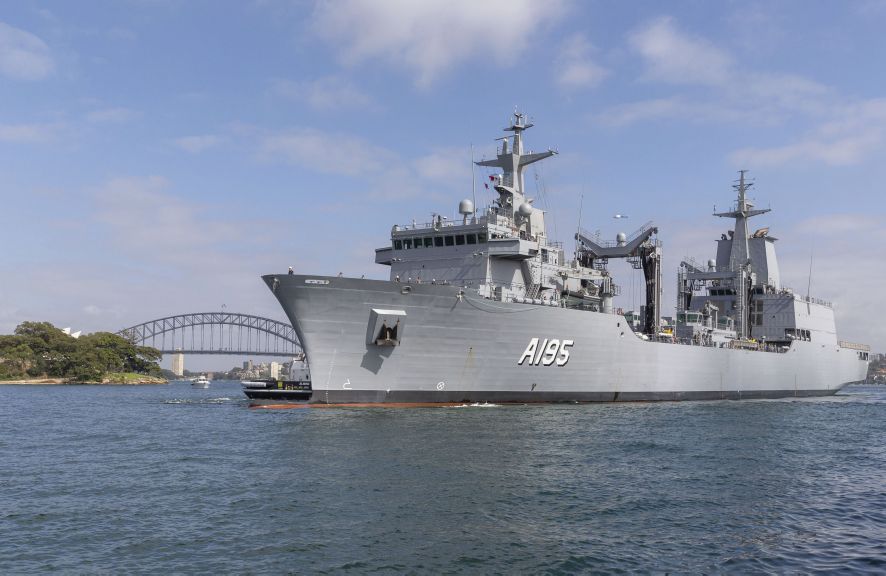 Australian Defence Minister Peter Dutton has confirmed that all six of the Royal Australian Navy's (...

The US Navy is seeking more than USD3.2 billion in its proposed fiscal year (FY) 2022 budget for its...

Australia has handed over the second and final Guardian-class patrol boat built for the government o...