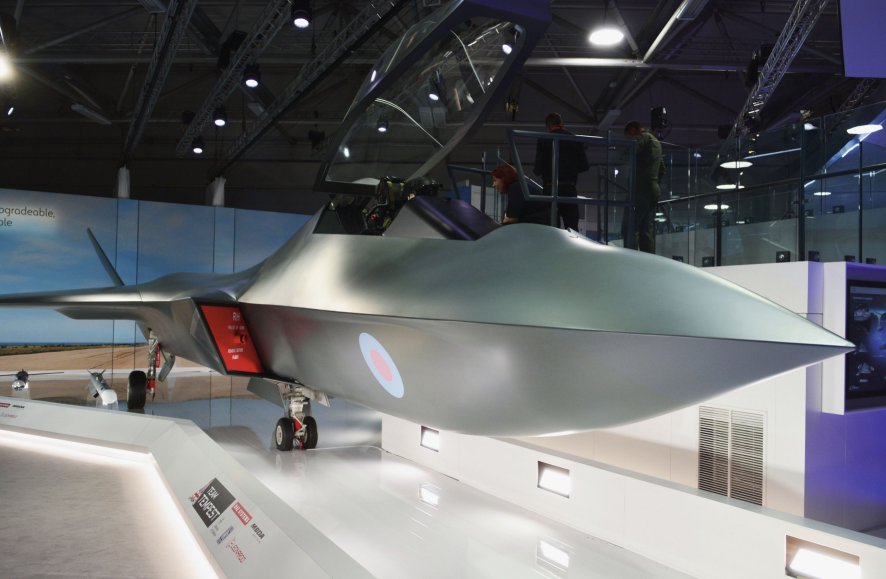 Rolls-Royce is developing what it terms to be “world-first" technology for the Tempest future fighter, seen at the Farnborough Airshow 2018 with the unveiling of a full-scale mockup. (Jane’s/Patrick Allen)

The effort, which has to date been running for five years, is geared towards managing “unprecedented levels of electrical power demand and thermal load … within the context of a stealthy aircraft.” The goal is to provide both the thrust to propel the aircraft and the electrical power required for all the systems, while managing the resulting thermal loads.

According to Rolls-Royce, the Tempest effort builds on earlier work to address future aircraft power demands. In 2014 it designed an electrical starter-generator that was fully embedded in the core of a gas turbine engine, now known as the Embedded Electrical Starter Generator (E2SG) demonstrator programme.

“The electrical embedded starter-generator will save space and provide the large amount of electrical power required by future fighters. Existing aircraft engines generate power through a gearbox underneath the engine, which drives a generator. In addition to adding moving parts and complexity, the space required outside the engine for the gearbox and generator makes the airframe larger, which is undesirable in a stealthy platform,” Conrad Banks, Chief Engineer for Future Programmes at Rolls-Royce was quoted as saying.

As Rolls-Royce explained, the two-spool-mounted electrical machines enable, by combination of operation as either a motor or a generator, the production of a series of functional effects on the engine, including the transfer of power electrically between the two spools.

The UK Royal Air Force (RAF) has outlined near-term plans for the development of hypersonic weapon a...

GKN Aerospace Sweden announced on 22 July that it is to participate with partner industries in Italy...