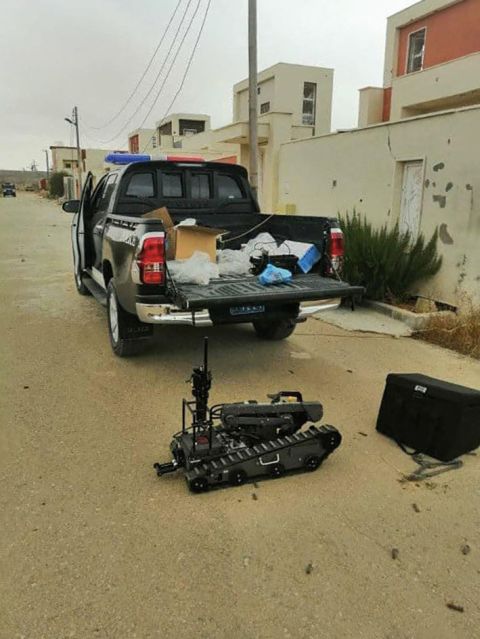 A Digital Vanguard during EOD clearance in Ain Zarah. (Libyan Ministry of Interior)

Safariland's Digital Vanguard UGV was seen in photographs released by the GNA’s Ministry of Interior on 1 June showing an EOD team working in Ain Zarah, south of Tripoli.

In service with numerous police and military forces around the world, the Digital Vanguard is designed for use in high-risk situations, including EOD and ones involving chemical, biological, radiological, and nuclear (CBRNE) and other hazardous materials. It can also be used for tactical surveillance.

AB Precision’s Sentinel, a variant of the Resolve, was seen in a photograph released by the Ministry of Interior on 2 June. Six Resolves were delivered in 2017 by the UK government as part of a GBP3 million (USD3.76 million) effort to supply EOD equipment to help remove mines from the central coastal city of Sirte.

China has carried out several days of exercises involving armoured units working alongside robotic a...