Robotic Research, a Maryland-based developer of autonomy and robotic technologies catering to commercial and government customers, has taken the opportunity at the CES 2020 exhibition being held in Las Vegas from 7 to 10 January to unveil the Pegasus Mini hybrid vertical take-off and landing unmanned aircraft system and unmanned ground vehicle (VTOL UAS/UGV).

According to specifications released by Robotic Research, the Pegasus Mini is designed to improve situational awareness in confined environments and measures 40.6 cm long and 20.3 cm wide, and weighs 1.9 kg including the battery, with a payload capacity of up to 900 g. It can fly for up to 30 minutes using an electric quadrotor propulsion system in flight mode, while a set of tracks enables it to manoeuvre on land for up to 120 minutes. 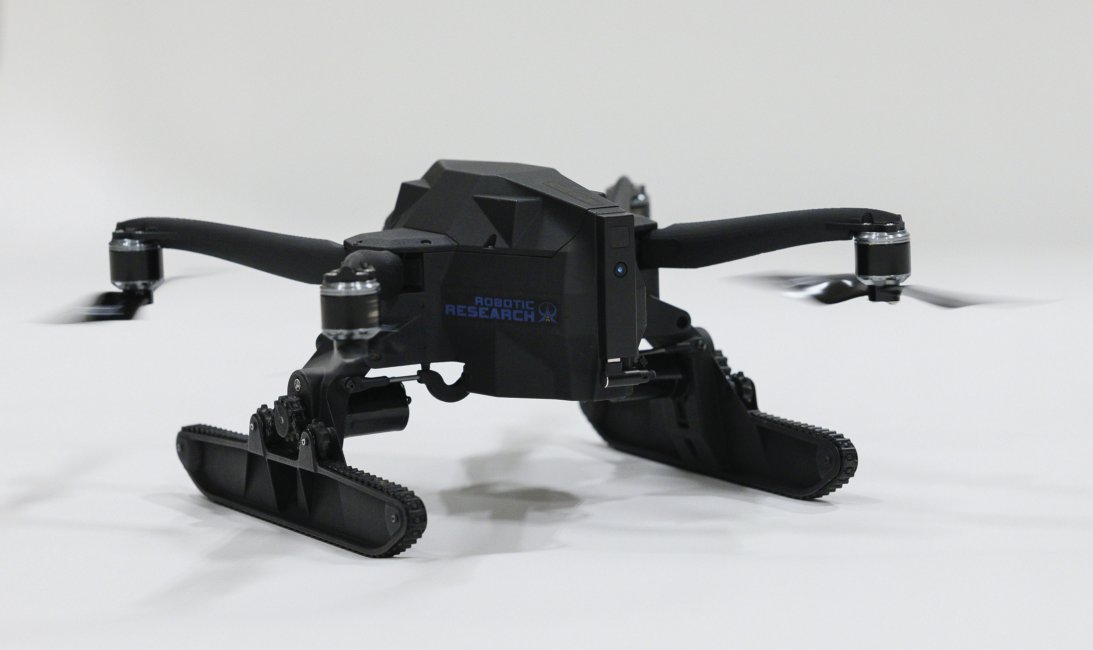 The company also claims that the backpackable Pegasus Mini is equipped with advanced autonomy capabilities that support fully independent operations in both air and ground modes, which enables the system to remain effective in GPS-denied environments.

“We are excited to be at CES to showcase Pegasus as a new line of transformable robots and debut the Pegasus Mini, which offers a super-compact yet powerful drone and land vehicle combination capable of bringing remote cameras and sensors into previously unreachable locations,” said Alberto Lacaze, president of Robotic Research, in a company statement.