The naming ceremony for the 173 m-long auxiliary oiler replenishment (AOR), which is expected to undergo sea trials in the coming months, comes after the ship was launched at Ulsan on 24 April. 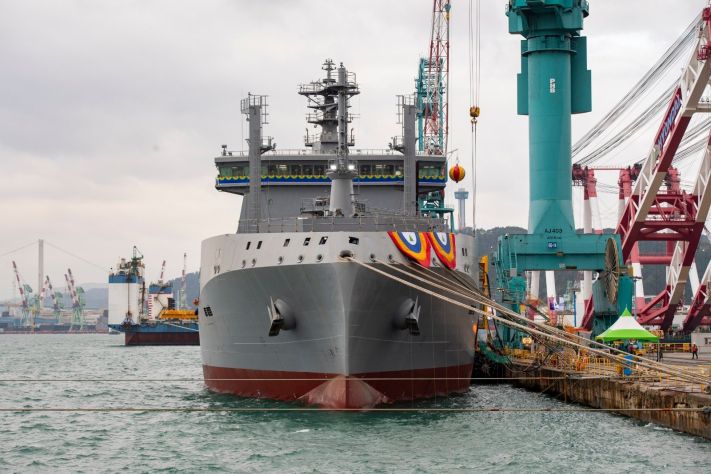 Ordered for NZD493 million (USD323 million) in 2016 under New Zealand’s Maritime Sustainment Capability (MSC) programme, the vessel was laid down in August 2018 and is expected to sail to New Zealand in March 2020.

Aotearoa (with pennant number A11) is expected to be formally commissioned at the Devonport Naval Base a month later and replace fleet replenishment tanker Endeavour , which was decommissioned in December 2017, according to the RNZN.

The ship’s home port will be New Plymouth in the country’s western region of Taranaki.

Aotearoa , which will have twice the displacement of Endeavour and carry 30% more fuel, will be the largest vessel to be operated by the RNZN. It was designed to have a full-load displacement of 26,000 tonnes, an overall beam of 24.5 m, and a draught of 8.5 m.