Rheinmetall unveiled its new HX3 tactical truck during an online press event on 6 May. The vehicle presented was a 10×10, but the HX3 will also be available in 4×4, 6×6, and 8×8 versions. 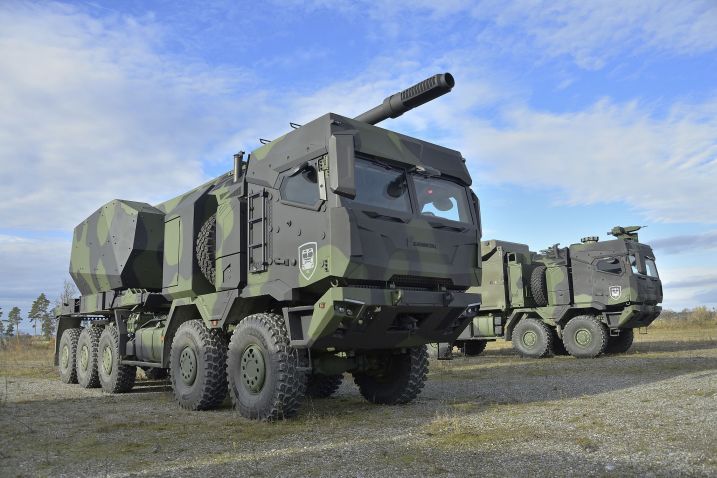 Rheinmetall unveiled its new HX3 tactical truck on 6 May. (Rheinmetall)

Speaking from the Rheinmetall MAN Military Vehicles (RMMV) plant in Vienna, Ulrich Gendritzki, the company’s engineering team leader, said the four versions shared 90% commonality, with the 4×4 and 6×6 being suitable for cargo and troop transport, the 8×8 for loading and carrying containers, and the 10×10 for bridgelaying and artillery.

The 10×10 presented was in the artillery configuration based on a Rheinmetall concept for a 60-calibre 155 mm howitzer. Asked by Janes what advantage the 10×10 offers compared with the Archer 155 mm howitzer mounted on an HX2 8×8 truck presented at Defence and Security Equipment International (DSEI) 2019, Alexander Westermann, RMMV’s head of sales, said the additional axle allows longer barrel length, a greater ammunition load, and better absorbtion of shock during firing.

Stressing the commonality of the HX3 with its predecessors, RMMV CEO Ludwig Ostler said the new truck was designed with the growing vulnerability of vehicles in operational areas in mind, adding that the HX3 has semi-autonomous and autonomous driving capabilities.

Describing the HX3 as “the future tactical truck”, Westermann said the vehicle was developed to meet the requirements of the future, emphasising the safety it provides in terms of protection, advanced driver assistance systems, and autonomy.

Rheinmetall unveiled its new HX3 tactical truck during an online press event on 6 May. The vehicle p...