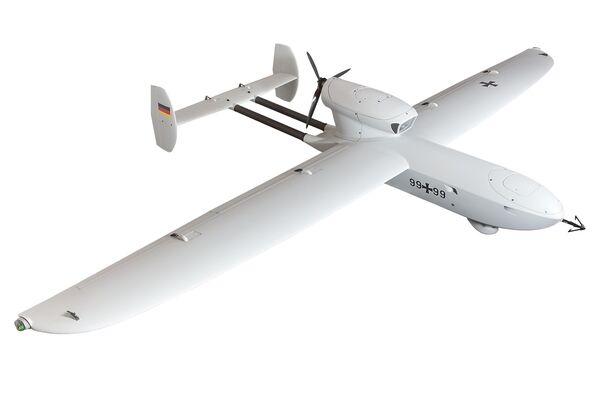 Rheinmetall Group has agreed to acquire the assets of EMT, whose products include the newly developed Luna Next Generation (NG) reconnaissance unmanned aerial vehicle. (EMT)

“The transaction reflects Rheinmetall's strategy of expanding its portfolio of systems and equipment to meet the complete needs of its military customers,” Rheinmetall said. “At the same time, this approach ensures that important defence technology capabilities will be maintained in Germany.”

EMT's products include the newly developed Luna Next Generation (NG) UAV, which the German Bundeswehr is starting to use. The fixed-wing, catapult-launched Luna NG has more range and payload capacity than the original Luna, which the Bundeswehr has flown in operations since 2000.

After the acquisition closes in late December, Rheinmetall intends to fold EMT's activities into its Technical Publications subsidiary, which already maintains Germany's KZO target location UAV. Financial terms of the deal were not disclosed.

Founded in 1978, EMT has approximately 200 employees at four sites in Germany. It entered self-administered insolvency in December 2020 to restructure itself after experiencing liquidity problems. EMT attributed those problems partly to an embargo placed on a customer, which prevented deliveries and “led to significant revenue shortfalls”.

Rheinmetall has enjoyed a much stronger financial performance than EMT. In the first nine months of 2021, the conglomerate's sales rose 6% to EUR3.8 billion (USD4.3 billion), while its earnings per share from continuing operations doubled to EUR4.16.

Elbit Systems UK has formed and will lead a British industrial team of suppliers to compete for emer...