Rheinmetall plans to develop and manufacture a new 155 mm gun with a significantly larger chamber and longer, 60-calibre barrel, the company said in a 27 November press release. Rheinmetall told Janes on 28 November that the company was exploring the possibility of building such a weapon for a wheeled self-propelled howitzer for the Bundeswehr's Zukünftiges System Indirektes Feuer (Future Indirect Fire System). 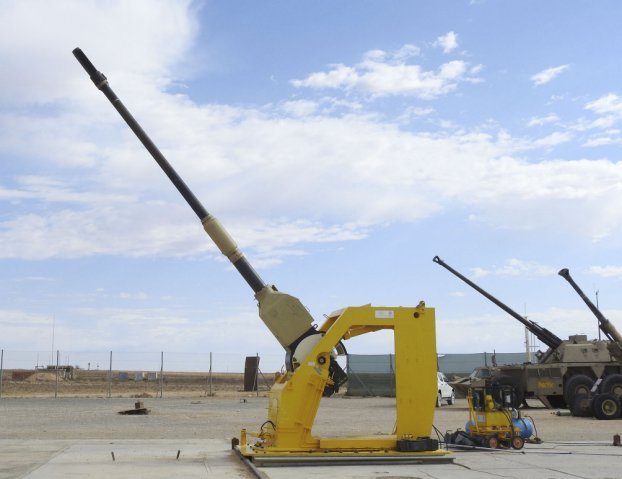 A G6 self-propelled howitzer with a 52-calibre gun (background) achieved the longest range ever attained with a conventional 155mm artillery round by firing it 76 km, while a PzH 2000 52-calibre gun (foreground) fired a shell 67 km at the Alkantpan test range in South Africa on 6 November. (Rheinmetall)

The company said in its press release that it planned to work closely with the German procurement authorities on a gun able to fire existing rounds compliant with the NATO standards set out in the Joint Ballistics Memorandum of Understanding (JBMoU) as well as new ammunition families. The new ammunition types will be optimised to withstand the stresses occurring in the new gun as well as being able to be fired from legacy JBMoU-compliant guns. The German procurement authorities have specified a maximum effective range of 75 km, according to Rheinmetall, which said it would use 83 km as the baseline as the course correction fuze necessary to achieve precision at these ranges reduces range by 10%.

Rheinmetall plans to develop and manufacture a new 155 mm gun with a significantly larger chamber an...