Between August and October 2020, Israel concluded ‘normalisation’ agreements – brokered by the United States – with Bahrain, Sudan, and the United Arab Emirates. These were the first formal agreements of recognition to be concluded between Israel and an Arab state since the Israel-Jordan peace treaty, signed in 1994. The most immediate and visible consequence of the Abraham Accords between Israel, the UAE, and Bahrain, signed on 13 August, has been the rapid commencement of overt economic activity, particularly between the UAE and Israel.

DP World, an Emirati company based in Dubai, announced its intention on 16 September 2020 to bid, in a joint venture with Israel Shipyards, for the soon-to-be privatised, strategically significant port of Haifa, on Israel’s Mediterranean coast. Such high-profile projects are a major upgrade to already existing and long-standing, de facto economic co-operation between Israeli and Emirati companies, in such fields as desert agriculture, defence and security, and artificial intelligence.

The significance of the accords is not primarily economic. Rather, they represent a formalisation of an emergent alignment based on perceived shared strategic interests between Israel and the UAE. Although this de facto alignment includes other states, analysts interviewed by Janes point to a particularly strong similarity in strategic perception between Israel and the UAE. 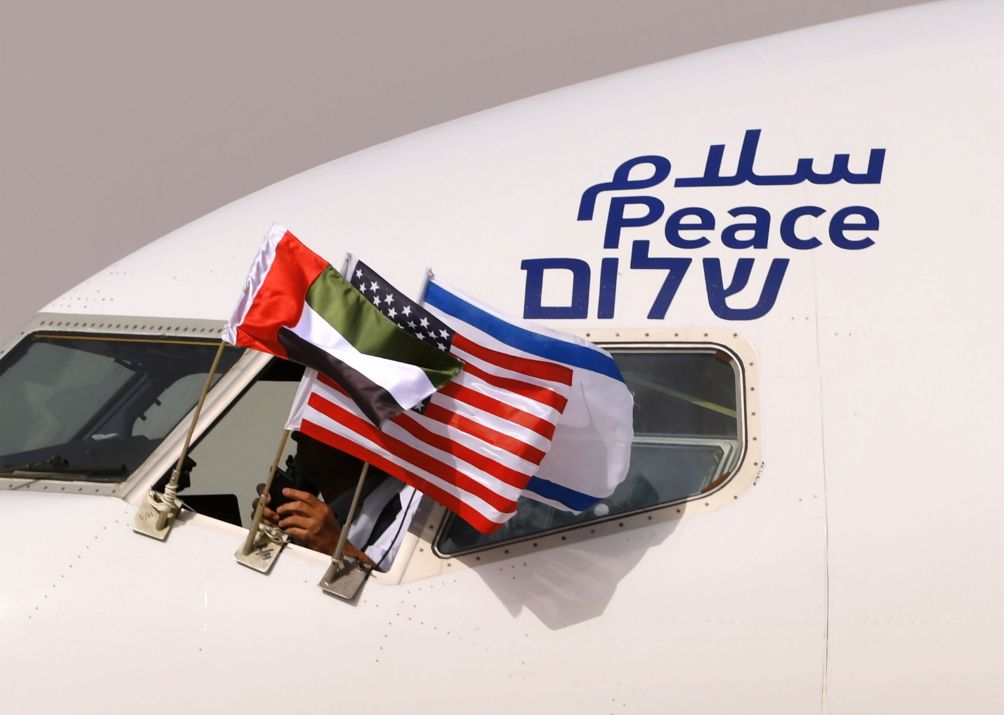 Emirati, Israeli, and US flags are attached to an El-Al aircraft with the word ‘peace’ written in Arabic, English, and Hebrew. The flight arrived at Abu Dhabi airport – the first commercial flight from Israel to the UAE – on 31 August 2020. (Karim Sahib/AFP via Getty Images)

Between August and October 2020, Israel concluded ‘normalisation’ agreements – brokered by the Unite...