Raytheon set to deliver new CUAS capability to US Army

Raytheon is preparing to begin deliveries of a new surface-launched counter-unmanned air system (CUAS) capability to the US Army in mid-second quarter 2020, following the completion of developmental, operational, and customer acceptance testing at the Yuma Proving Ground in December 2019. The system will comprise the new Coyote Block 2 interceptor and the Ku-band Radio Frequency System (KuRFS) 360° detection and intercept radar.

In a parallel development, the US government earlier this year cleared Coyote Block 2 for Foreign Military Sales, paving the way for possible exports of the Block 2 weapon and KuRFS radars to approved allied nations. Raytheon, in conjunction with the US Army, will conduct a briefing on, and demonstration of, the Block 2/KuRFS CUAS capability to “interested foreign governments” later this year.

Under the provisions of an extended Joint Urgent Operational Need (JUON) requirement, originally issued by the army’s Program Executive Office (PEO) Missiles & Space/Counter Rocket, Artillery, and Mortar Program in July 2018, Raytheon will deliver an undisclosed number of Coyote Block 2 interceptors and new, four-cell launcher units, along with new Ku-band Radio Frequency System (KuRFS) 360° detection and intercept radars. These will be coupled with the army-standard Forward Area Air Defense/Counter-Rocket Artillery Mortar Command and Control (FAAD/C-RAM C2) systems supplied by Northrop Grumman, and all elements will be integrated on the army’s primary objective platform – the 4×4 Joint Light Tactical Vehicle (JLTV) – to deliver a new, ready-to-deploy tactical Howler CUAS capability for the service. 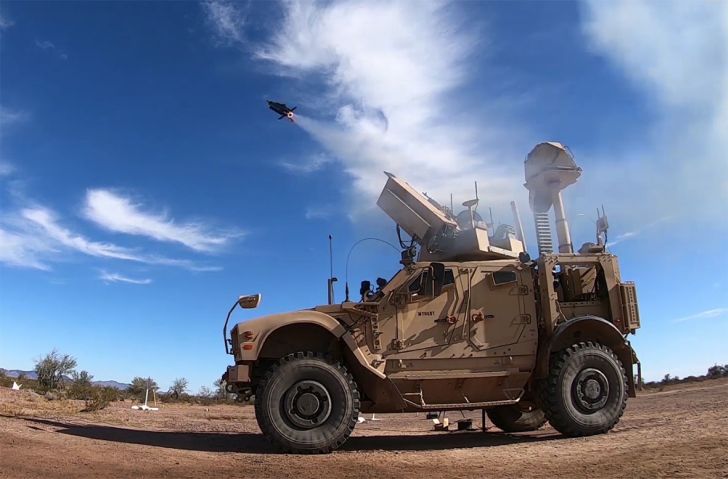 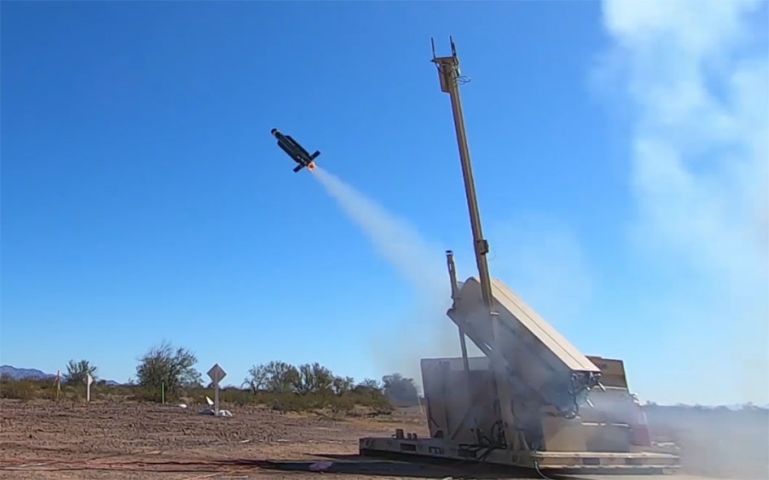