Intended to penetrate and survive integrated air defence systems and prosecute strategic targets in support of the US Air Force's (USAF's) global attack capability and strategic deterrence core function, the LRSO is a developmental, nuclear-capable, cruise missile concept, which is being advanced as a significantly enhanced replacement for legacy variant subsonic Boeing AGM-86 Air-Launched Cruise Missiles (ALCMs): this includes both the nuclear-armed AGM-86B ALCM (equipped with the W80-1 nuclear warhead) and the AGM-86C/D Conventional Air-Launched Cruise Missile (CALCM) variants. Both conventional and nuclear-equipped variants of the new LRSO weapon are required to reach initial operational capability in the 2030 timeframe. The LRSO will be integrated on the B-52H large-payload multirole strategic bomber aircraft and on the air force's new B-21 Raider long-range stealth bomber. 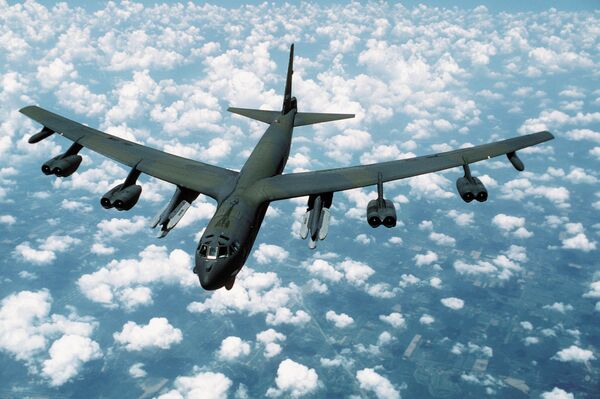 The LRSO is intended to replace the AGM-86 variant Air-Launched Cruise Missile (ALCM) seen here on a B-52H strategic bomber. The LRSO is expected to be fielded in the 2030 timeframe, when the ALCM/CALCM reaches its end of service life. (US Air Force)

According to a US Department of Defense (DoD) contract announcement on 1 July, “During the EMD phase, manufacturing processes will continue to mature and the manufacturing environment will be demonstrated and transitioned to a pilot line readiness state. The objective at the end of EMD is to demonstrate full production readiness.” Work on the EMD phase contract is expected to be completed in February 2027.