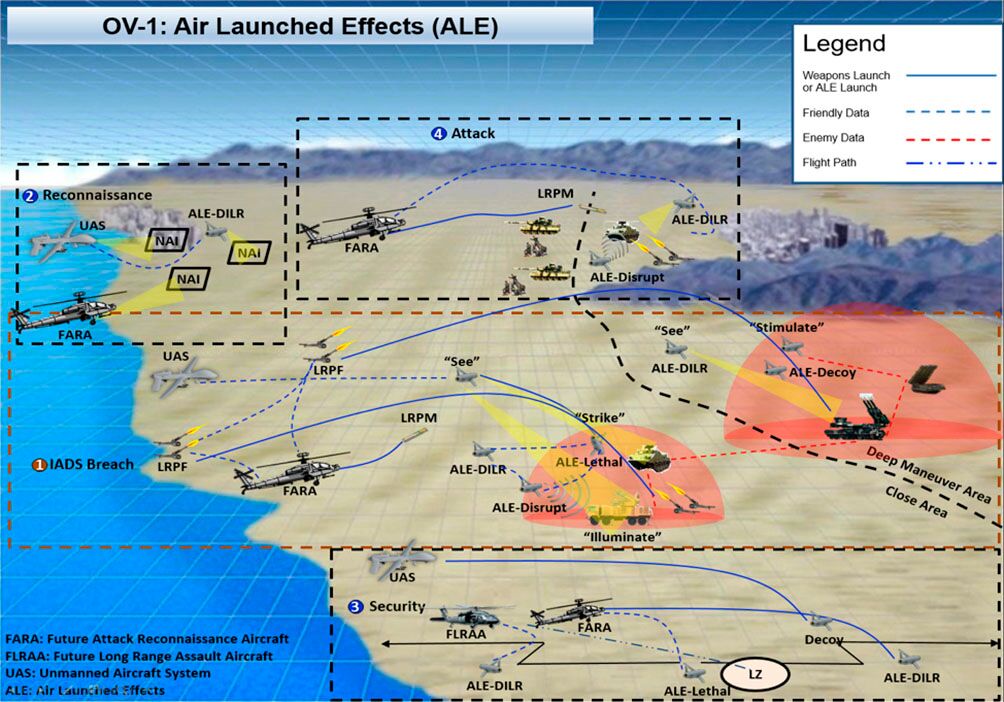 ALE operational view within the FARA ecosystem. (US Army)

Raytheon Missiles & Defense has completed the first flight test of an unmanned aircraft system (UAS) configuration, based on its Coyote Block 3 Non-Kinetic (Block 3NK) reusable UAS design, which it is advancing as an intended air vehicle solution for the US Army's embryonic Air Launched Effects (ALE) programme.

Conducted at the US Army Garrison Fort Huachuca in Arizona on 10 August, and funded by Raytheon, the test event – which demonstrated a ground-launch launch of the ALE configuration for an AH-64 combat helicopter – achieved a series of objectives such as low-altitude launch, wing and flight surface deployment, and stable air vehicle flight control.

Consistent with the US Department of Defense Modular Open Systems Approach (MOSA) to the ALE development, the company integrated a surrogate front-end payload and a surrogate mission computer, along with its own internally developed guidance system, to authenticate the test objectives. The test was the first in what Raytheon describes as a series of increasingly complex near-term flight tests designed to advance its air vehicle design, including payload integration, culminating in a final demonstration to the army in support of Phase 1 at Fort Huachuca in October.