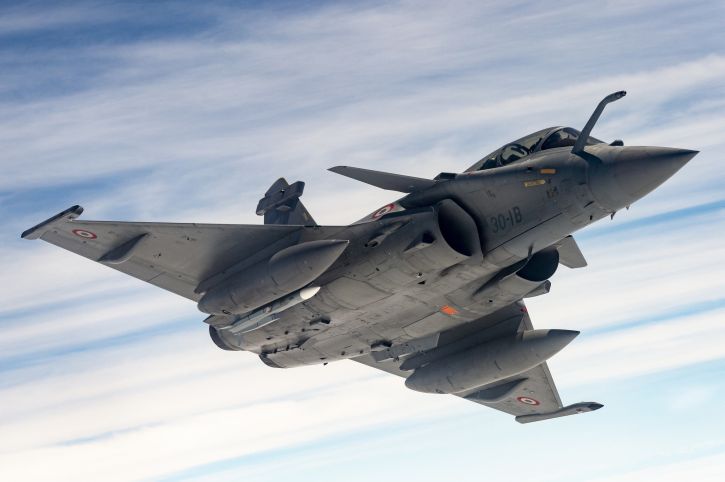 The F3-R standard Rafale seen carrying the Meteor BVRAAM as one of the many enhancements. The configuration has now been declared fully operational. (MBDA)

The chiefs of the air force and navy announced on 17 March that both services had officially accepted the latest operational configuration of the Rafale on 8 March.

The declaration by Admiral Pierre Vandier, Chief of the Navy Staff, and General Philippe Lavigne, Chief of Staff of the Air and Space Force, means that the current naval Charles de Gaulle carrier deployment and the air force detachment to Jordan as part of Operation ‘Chammal’ over Syria and Iraq can employ this latest configuration.

News of the milestone came 15 months after initial operating capability (IOC) was declared in December 2019 and 20 months after the F3-R standard was officially accepted in July 2019. The new F3-R standard for the Rafale has been developed by Dassault Aviation, Thales, MBDA, and Safran under a contract signed in January 2014. As previously reported by Janes, the F3-R standard comprises major software and hardware upgrades that include the integration of the Meteor beyond-visual-range air-to-air missile (BVRAAM) and the latest laser-guided version of the Sagem Armement Air-Sol Modulaire (AASM) modular air-to-ground precision weapon, the Thales RBE2 active electronic scanned array (AESA) radar, the Thales TALIOS long-range airborne targeting pod, an automatic ground collision avoidance system (Auto-GCAS), an improved buddy-buddy refuelling pod, and the Spectra electronic warfare system. The latest version of the Rafale will continue to carry the enhanced medium-range, air-to-ground missile (ASMPA) as part of airborne nuclear deterrence missions.