The turret consists of a modular aluminium structure to which an appliqué armour package can be fitted, depending on customer requirements.

In the original Samson Mk I the weapons, ammunition boxes, and sensors were unprotected. The Samson Mk II adds protections for those components, while Samson Integrated RWS adds a wider range of options for customers. 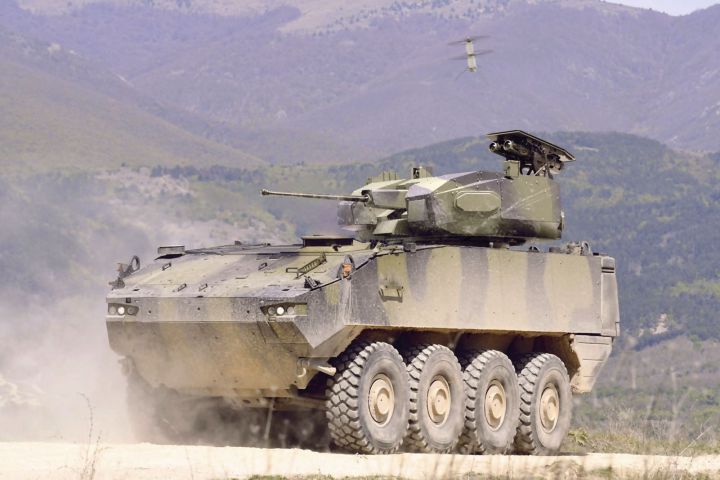 The 30 mm cartridge cases are ejected outside of the turret after the MK44S has been fired. A typical ammunition load would be 220 rounds of 30 mm and 500 rounds of 7.62 mm ammunition, according to the company. The MK44S fires a complete family of 30x173 mm ammunition, including air bursting munition (ABM) rounds, and the weapon can be converted to fire 40x207 mm ammunition.

Other medium calibre weapons could be fitted if specified by the customer, including the Russian 30 mm 2A42 dual feed cannon. These weapons can be reloaded from within the platform.

According to Rafael, a key feature of the Samson Integrated RWS is its modular design for customisation. For example, the optronics fit can include a stabilised day/thermal sighting system and a laser rangefinder for the gunner mounted to the right of the weapon, and the option of a roof-mounted stabilised panoramic sight for the commander.

Nexter on 14 April unveiled its concept for the next generation of main battle tank (MBT) armament, ...
Request Consultation