Rafael has unveiled a series of autonomous systems with automatic target-recognition capabilities to find targets inside buildings, reducing the exposure of frontline soldiers. 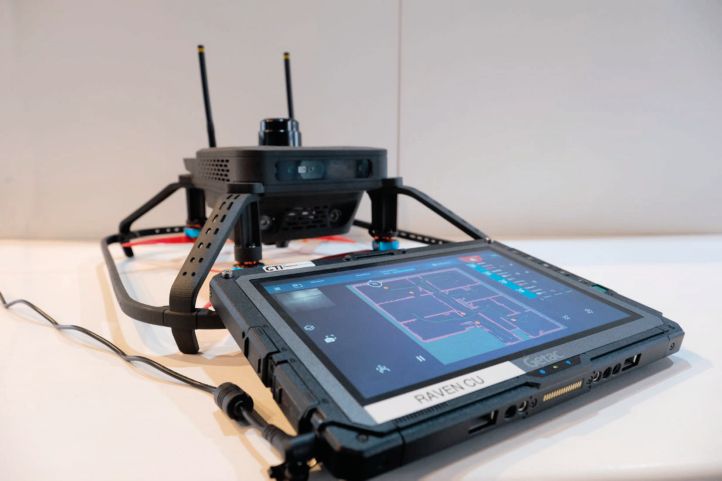 Company sources said the new systems are designed to provide ground forces with detailed intelligence on threats in enclosed spaces where communications are unreliable, vision is limited, and navigation is challenging.

The systems include the Magic Fly-Raven unmanned aerial vehicle (UAV), the Magic Fly-Nano UAV, and a ‘robotic dog’ unmanned ground vehicle (UGV), all fitted with day/night electro-optic and proximity sensors.

The systems are linked to a ground control system (GCS) that can be operated by a single soldier and is capable of controlling multiple platforms, providing user-defined “artificial intelligence-based mission planning” for tasks such as exploratory mapping of indoor environments and finding particularly people or objects.

The software automatically scans the feeds from the sensors carried by the unmanned vehicles to identify and classify targets. It uses the available digital military networks to send the data to forces waiting outside, which can include aircraft flying overhead, with enemy personnel and weapons highlighted in different colours.

Shmulik Olanski, vice-president of Rafael’s Land Multi-Domain Operations Directorate, told Janes that an officer in the field can then decide whether to order a strike or send in soldiers. “We don't always want a jet or a tank to solve the problem. Sometimes we need a surgical approach and that means sending the soldiers in,” he said. “Sometimes we just want to rule out that there is an enemy presence.”

Rafael has unveiled a series of autonomous systems with automatic target-recognition capabilities to...