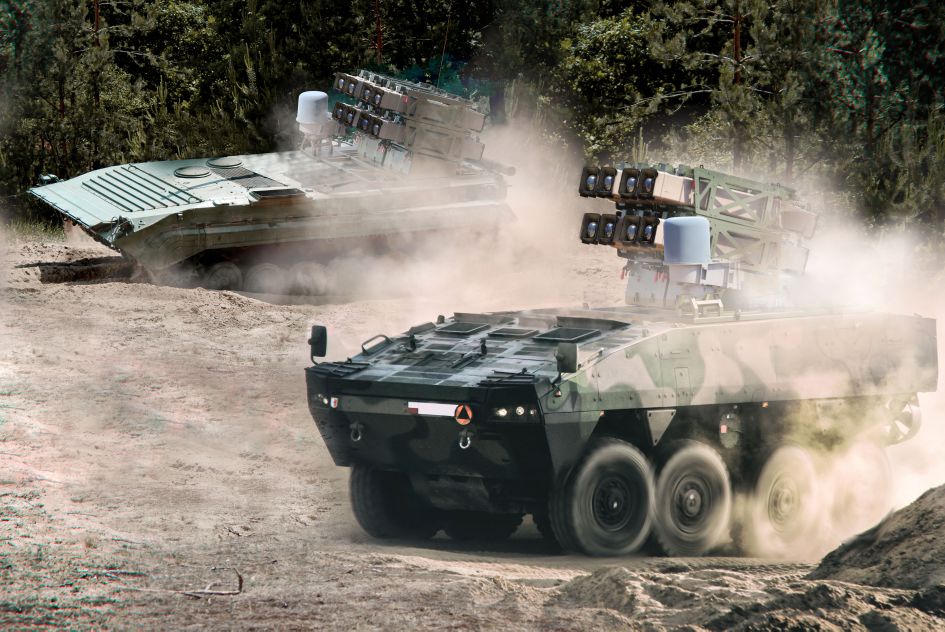 Rafael spokesperson Ishai David told Janes on 22 June that the launcher, supplied and assembled on different platforms worldwide, is a four-Spike NLOS missile module, including a missile control unit containing the launcher electronics, adding that a communication module (data link) and operating console is installed within the platform. ”For our Polish tank destroyer solution, we responded to the customer needs with an additional missile rack module, allowing a total of eight Spike NLOS rounds, enabling a formidable tactical footprint for one launcher to destroy eight MBTs [main battle tanks] from 32 km,” he said. ”A battery of these tank hunters can actually launch missiles simultaneously and take out a full tank battalion in minutes.”

The latest NLOS launcher is designed as an independent module that can be integrated into both wheeled and tracked platforms, including the Rosomak 8×8 wheeled armoured personnel carrier and BWP-1 tracked infantry fighting vehicle (IFV) in service with the Polish Armed Forces. It can also be installed in one of the platforms being developed by Polish industry, such as OBRUM’s universal modular tracked platform (UMPG) and Huta Stalowa Wola’s Borsuk IFV and K9 tracked chassis.

The International Defence Industry Exhibition MSPO was held in Kielce, Poland, on 8–10 September, in...

US Army leaders are telling lawmakers that if the service incurs a deep funding cut in 2022 over thi...