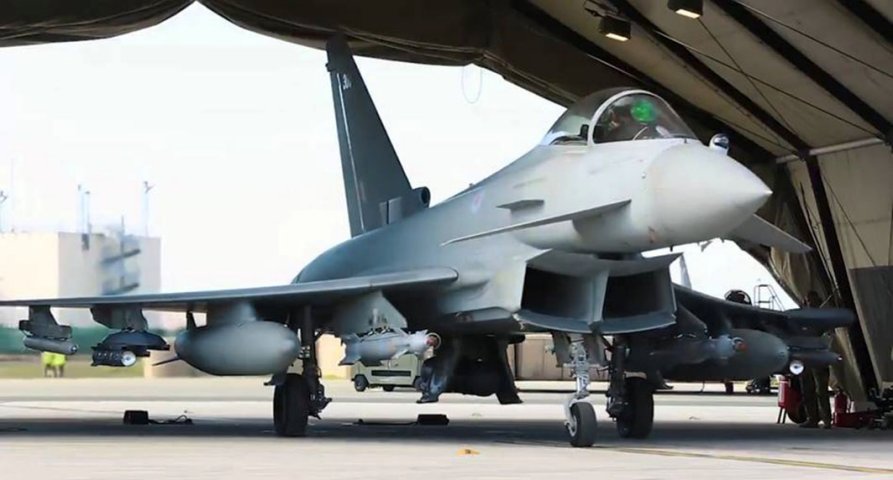 Details of the Typhoon sortie emerged on Twitter on 30 January when Air Commodore Justin Reuter, UK air component commander for Operation ‘Shader’ and Air Officer Commanding 83 Expeditionary Air Group, shared a video. The video showed preparations for the first operational Typhoon sortie carrying the Brimstone air-to-surface missile. The video was filmed at RAF Akrotiri on Cyprus, from where the six Typhoons and eight Tornados of No 903 Expeditionary Air Wing fly their missions against so-called Islamic State targets in Syria and Iraq.

The mission was apparently flown by II (AC) Squadron, according to the Squadron Association’s Twitter feed, which announced, “This is what Shiney Two have spent the last few months working up to.”

The video showed individual missiles being fitted to only the outboard hardpoints of the now-standard Brimstone triple carriers that are fitted outboard of the Typhoon’s underwing tanks. The aircraft also carried a pair of 500-lb Paveway IV dual-mode bombs, and a Litening 3 laser designation pod on the centre line. For self defence, the aircraft carried a pair of underwing Advanced Short Range Air-to-Air Missiles (ASRAAMs) outboard and a single AIM-120C Advanced Medium Range-Air-to-Air Missile (AMRAAM) in the forward port missile recess.