The UK Ministry of Defence (MoD) has signed an 11-year support contract for its Shadow R1 signals intelligence aircraft with Raytheon UK, which is expected to sustain about 450 jobs at the company’s facility in Broughton, North Wales, and within the wider supply chain.

The GBP250 million (USD316.6 million) contract will provide maintenance, airworthiness management, design organisation, and supply chain support for the Beechcraft King Air 350CER-based fleet. The contract is expected to support an existing 200 full-time jobs at Raytheon and provide a further 250 more across the supply chain when it enters into force in April.

“We are safeguarding and creating skilled aerospace jobs in the UK and strengthening the local economy,” said Richard Daniel, chief executive and managing director of Raytheon UK. 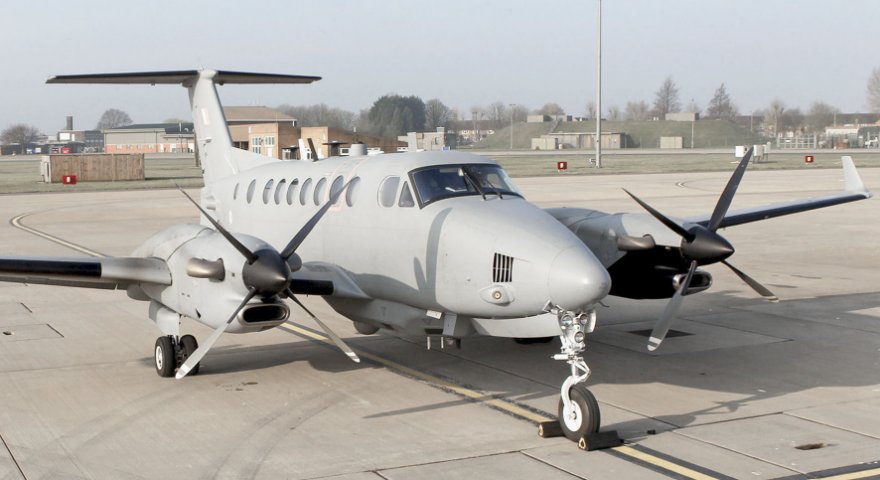 It was announced in July 2018 that the Shadow R1 fleet was to undergo an upgrade to take it to the Mk2 standard – although most of the details are currently undisclosed because of the nature of the aircraft type – including features such as increased connectivity and a more open architecture.

Under the new support contract, Raytheon will also support aircraft-modification design and integration that will enable it to ultimately upgrade the fleet to the Mk2 standard.

“We are creating the world’s leading hub for advanced ISR platforms in Broughton,” Roland Howell, director of Airborne Intelligence, Surveillance And Reconnaissance at Raytheon UK, added. “We will work with Team Shadow to make sure we deliver the tactical ISR capability needed for UK defence.”

The United Arab Emirates’ Air Force and Air Defence (UAEAFAD) announced on 19 November that it was i...
Thank you for your inquiry, a Janes representative will be in contact with you shortly.