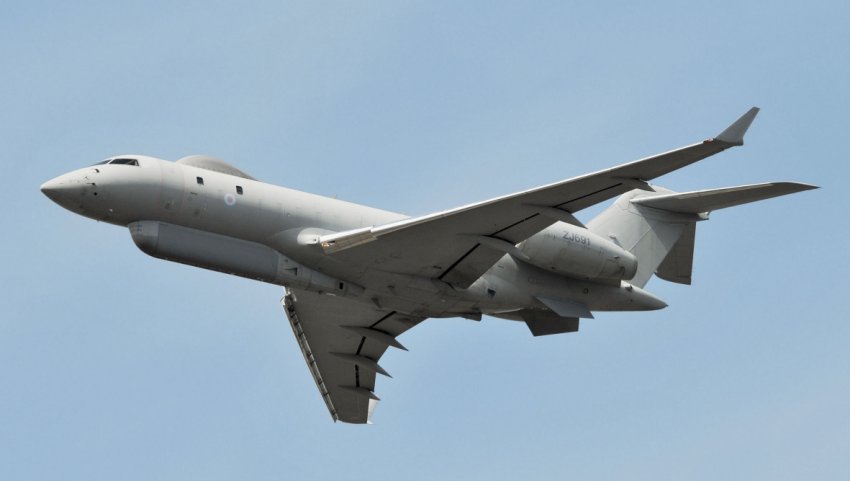 After 14 years of near continuous operations, the Sentinel R1 ASTOR has now been officially retired from RAF service. (Janes/Patrick Allen)

The formal withdrawal of the fleet on 31 March came just over a month after 5 (Army Cooperation) Squadron flew the type’s final operational mission out of RAF Waddington in Lincolnshire and near the Russian enclave of Kaliningrad, as well as Belarus, on 25 February.

Based on the Global Express business jet, the Sentinel R1 entered RAF service in June 2007. The platform provided the air component of the wider ASTOR system that combined the dual-mode synthetic aperture radar (SAR)/ground moving target indicator (GMTI) fitted aboard the aircraft with mobile tactical ground stations and a containerised operational-level ground station. This capability provided UK forces with the ability to conduct long-range, battlefield-intelligence, target imaging and tracking, and surveillance.

During its service life, the Sentinel R1 was on almost continuous operations in theatres such as Afghanistan, Iraq, Libya, Syria, Mali, and Nigeria. Speaking on 30 March, the Chief of the Air Staff (CAS), Sir Mike Wigston, referred to the platform’s distinguished service during the relatively short time it was operational, noting, “The impressive operational record of the Sentinel [since] initial operating capability (IOC) was declared 14 years ago. It has been on operations almost continuously for over 12 of those 14 years and on every significant operation involving an air component.”