The United Kingdom has sent fighter aircraft to Iceland for the first time since a diplomatic spat between the two countries over the Nordic nation’s banking crisis scuppered a previous planned deployment in 2008. 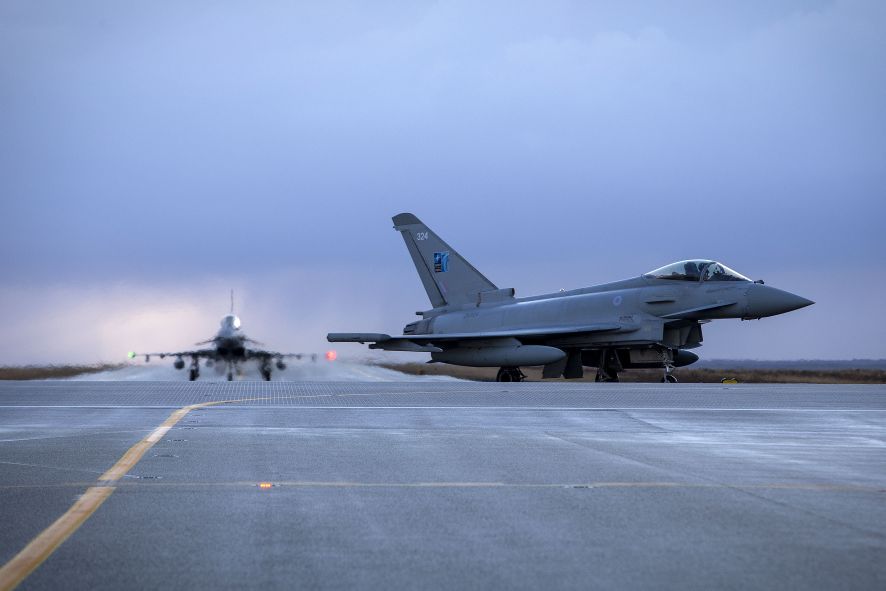 A pair of RAF Typhoons taxi to their parking apron after arriving at Keflavik Air Base on 13 November. (Crown Copyright)

An undisclosed number of Royal Air Force (RAF) Eurofighter Typhoon FGR4s from 1 (Fighter) Squadron and 100 personnel were deployed from their home station of RAF Lossiemouth in Scotland to Keflavik Air Base on 13 November.

According to the UK Ministry of Defence, the aircraft will spend the next month protecting the airspace as the UK’s contribution to NATO’s Icelandic Air Policing Mission, returning to Scotland in mid-December.

The RAF deployment to Iceland was announced by the then-Defence Secretary Gavin Williamson in June 2018, at which time he said four Typhoon aircraft would be sent to the island. The announcement came a decade after the last scheduled deployment was called off after Iceland’s banking system collapsed owing billions of pounds to UK savers. In 2016, the UK Treasury announced that it had received the final compensation payment from Iceland, resetting the relationship between the two countries.

For the Iceland peacetime preparedness needs mission, NATO alliance members undertake three- to four-week rotations within one of three four-month windows throughout the year. Countries typically contribute four aircraft per deployment, although this number is flexible. The mission has previously been flown by Canada, the Czech Republic, Denmark, France, Germany, Italy, Norway, Portugal, and the United States, while Finland and Sweden have joined previous deployments to Iceland for training purposes.