The Royal Australian Air Force (RAAF) has redefined the role of its 10 Leonardo C-27J Spartan tactical airlifters, designating them as primarily meant for use in humanitarian assistance and disaster relief (HADR) operations.

The Department of Defence (DoD) in Canberra said in a 25 July news release that the Spartans' new role will “enhance Australia's humanitarian and emergency response to natural disasters in Australia and our near region, regional engagement across the Indo-Pacific, including through ‘Pacific Step-Up', and the Australian Defence Force's military logistics and air-mobility capability”. 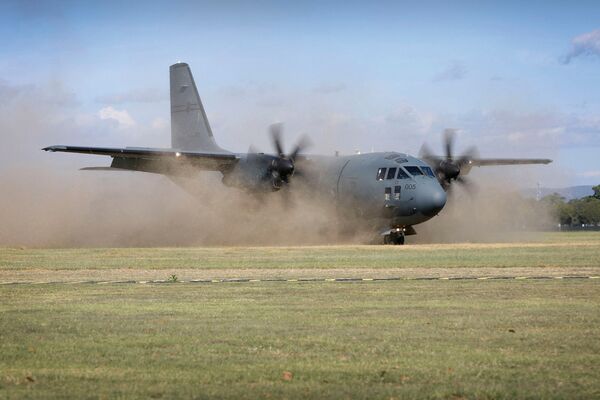 The RAAF's 10th and final C-27J Spartan aircraft landing on a grass airstrip at RAAF Base Richmond. The service has redefined the role of its 10 C-27Js, designating them as primarily meant for use in HADR operations. (Commonwealth of Australia)

The announcement follows the failure of the twin-turboprop aircraft to achieve full operational capability (FOC) in December 2020: a milestone that had already been delayed by four years. It also comes after the platform had been identified as a DoD “project of interest” in March 2020 following its failure to meet key performance, availability, and project schedule requirements.

The C-27J had previously been consistently described by the RAAF as a battlefield aircraft to bridge the intra-theatre gap between army helicopters such as the CH-47F Chinook and the RAAF's C-130J Hercules and C-17A Globemaster III transports.

The Royal Australian Air Force (RAAF) has redefined the role of its 10 Leonardo C-27J Spartan tactic...