UK-based systems and technology group QinetiQ has delivered what it claims to be the UK’s first successful demonstration of an airborne team comprising both manned and unmanned aircraft.

Undertaken on 19 June using range facilities on Salisbury Plain in southern England, the manned/unmanned teaming (MUM-T) demonstration featured a manned helicopter and a semi-autonomous drone working together to identify potential targets in a designated area. The activity is funded by Army HQ Research and Experimentation using the Defence and Security Accelerator (DASA) competition framework, and will be delivered by Defence Science and Technology Laboratory to the British Army in September this year as part of the Army Warfighting Experiment 2019. 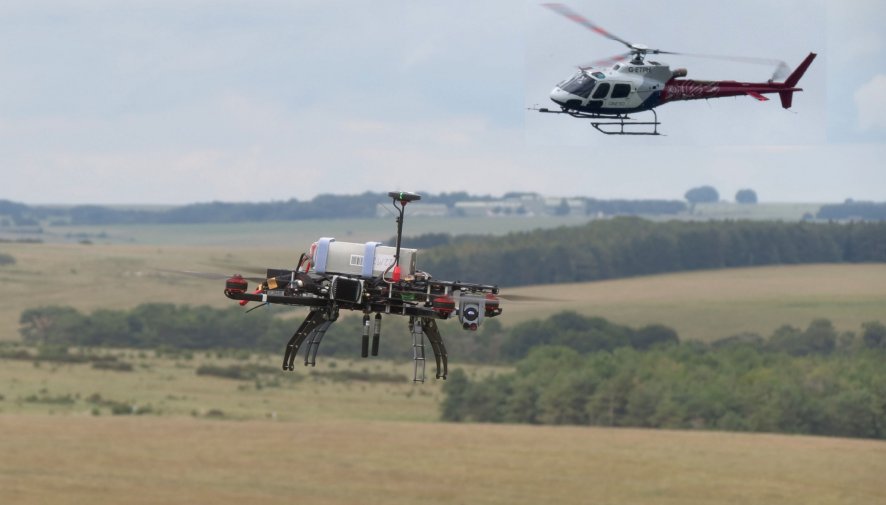 “We saw this [DASA] competition as an opportunity to put high TRL [technology readiness level] autonomy R&D outputs into the hands of the user at pace,” said Bill Biggs, QinetiQ’s senior campaign manager, Autonomy. “The concept of employment is all about enabling the airborne user, in an attack helicopter, to use small unmanned air systems [SUASs] to stand off from the threat.

“What we developed was a portable carry-on solution [that] can be used by a non-specialist user across air platforms, in ground vehicles, and indeed by dismounted infantry or marines. In all cases, this is a design that the human operator remains ‘on the loop’.”

UK-based systems and technology group QinetiQ has delivered what it claims to be the UK’s first succ...