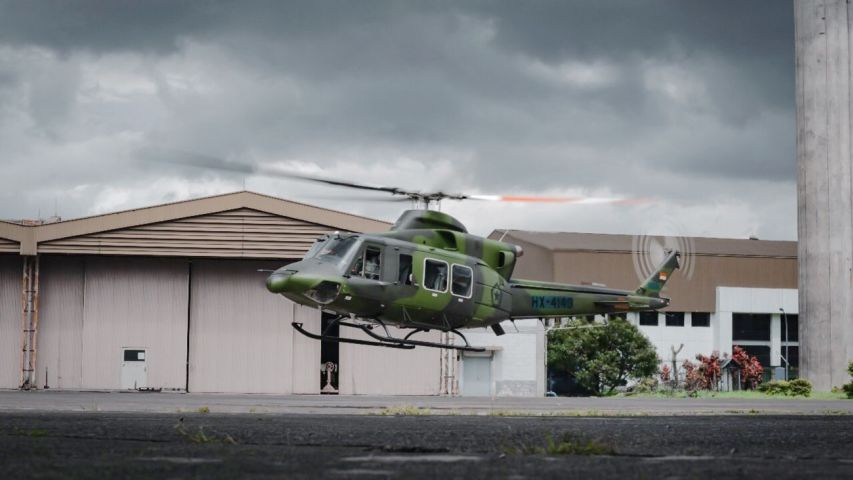 PDTI announced on 30 December 2020 that it delivered the first of nine Bell 412EPI multirole helicopters ordered for the Indonesian Army in December 2018. (PTDI)

The company said in a statement posted on Twitter that the rotorcraft, which was handed over to the service on 29 December 2020, is part of a USD183 million contract signed with the Ministry of Defense in Jakarta in December 2018.

As Janes reported in late 2019, the 412EPIs are being manufactured in the United States by Bell, a subsidiary of Textron, and then handed over to PTDI for customisation work before final delivery to the TNI-AD. At the time PTDI said that it would arm each of the helicopters with “sophisticated weaponry”, including a Gatling-type gun from US-based company Dillon Aero.

No further details were provided, including when deliveries are set to be completed.

In 2016 Bell and PTDI signed an extension to the original industrial and commercial agreement reached in 2012, enabling the two companies to expand their support and services in Indonesia to Bell helicopter operators.

Bell and PTDI have been working together to support the Indonesian Armed Forces since 1982.

The US Army’s acquisition of new attack reconnaissance and long-range assault helicopters will be at...