A second platoon of four VSHORAD systems is scheduled to be received after 2026.

A request for proposal (RFP) is scheduled to be issued by the NATO Support and Procurement Agency (NSPA) by September, another army source told Janes . Interested competitors will have three months to deliver bids. 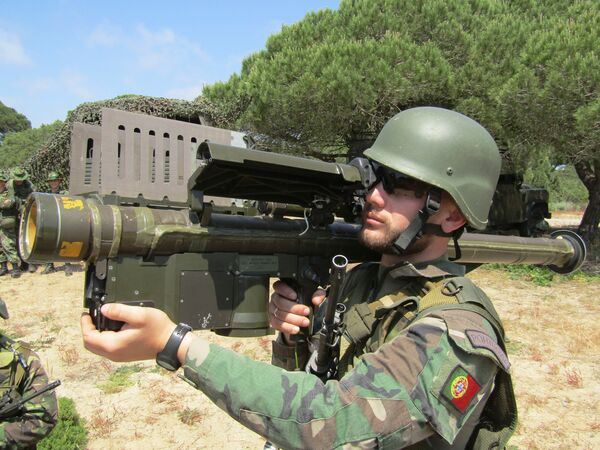 The Portuguese Army's ground-based air defence capability is based on the Stinger MANPADS. (Victor Barreira)

A sales agreement between the Portuguese Army and the NSPA in 2017 sought to buy, for EUR32 million (plus EUR9 million added in November 2020), a total of eight systems consisting of eight missile launchers, ammunition, eight 4×4 armoured tactical vehicles or eight 6×6 high-mobility trucks with armoured cabin, and two vehicle-mounted or trailer-mounted short-range 3D local warning radars. Either vehicle type would have mounts for a 7.62 mm and 12.7 mm machine gun, or 40 mm automatic grenade launcher.