The Polish government will acquire the M1A2 Abrams System Enhancement Program version 3 (SEPv3), the latest configuration of the US main battle tank (MBT), for four armoured battalions, Deputy Prime Minister Jarosław Kaczynski announced at the headquarters of the 1st Armoured Brigade in Wesoła, close to Warsaw, on 14 July. 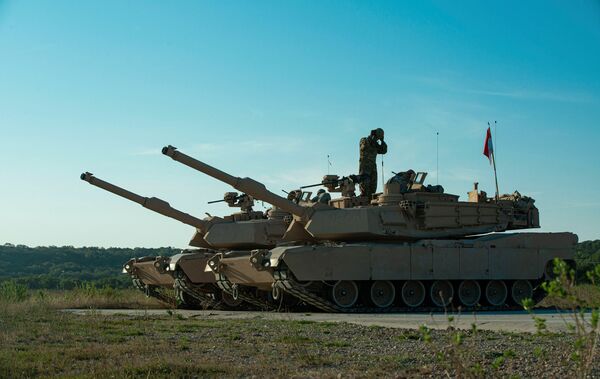 Poland is to acquire M1A2 Abrams SEPv3 MBTs like these of the 1st Cavalry Division in Fort Hood, Texas. (US Army)

Błaszczak said the expected value of the contract is PLN23.3 billion (USD6 billion). MND Armaments Inspectorate spokesperson Major Krzysztof Płatek told Janes that less than PLN20 billion would be spent on combat, logistics, and training systems, with the remainder to be used to build the necessary infrastructure in Poland. Błaszczak emphasised that funding would be provided from outside the defence budget and would not affect the Polish Armed Forces' current Technical Modernisation Plan.

No US representatives were at Wesoła on 14 July. Afterwards, the US embassy in Warsaw tweeted, ”Poland has chosen the best and the most advanced tank in the world.” Later the same day, Błaszczak tweeted, ”The letter of request for 250 tanks has been sent! The first tanks will be delivered next year.” There has not been an official notification yet from the US Defense Security and Cooperation Agency.

Japan is building an amphibious assault vehicle (AAV) demonstrator that is expected to be completed ...
Request Consultation