Poland to choose between Apache and Viper for attack helo requirement 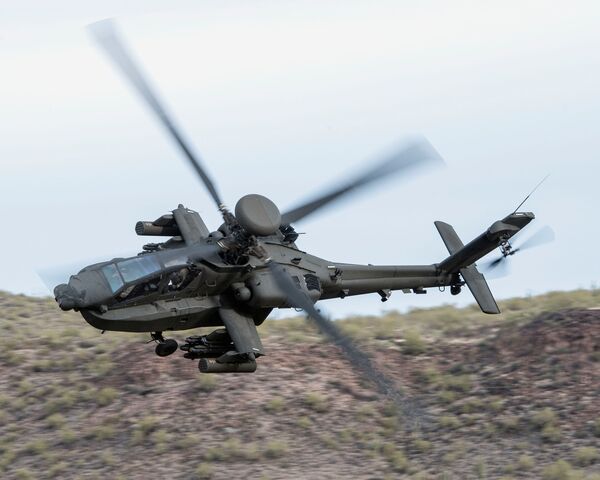 The AH-64E Apache Guardian is one of two attack helicopter types that Poland is considering for its Kruk requirement. (Boeing)

Poland is to choose between the Boeing AH-64E Apache Guardian and Bell AH-1Z Viper to fulfil its attack helicopter requirement, the government said on 21 April.

The two US types have been shortlisted to fulfil the Polish Ministry of National Defence (MND) Kruk (Raven) requirement to replace the army's ageing Mil Mi-24 ‘Hind' helicopters.

“We have two offers on the table for attack helicopters – one from Boeing and [one from] Bell. We will choose the best offer. We want such weapons to be placed on the equipment as soon as possible,” Defence Minister Mariusz Błaszczak said.

Poland is in the midst of a helicopter recapitalisation effort to replace its Warsaw Pact-era inventory, with the recent emphasis having been on acquiring the Sikorsky S-70i Black Hawk as a new special forces type to replace its ageing Mil Mi-8/17 ‘Hip' platforms, as well as Leonardo AW101 Merlin anti-submarine warfare helicopters to replace the Mil Mi-14 ‘Haze'. With the announcement from Błaszczak, the emphasis shifts to replacing the Mil Mi-24s.

The AH-64E improves on earlier model Apaches in that it features a new and improved drivetrain and a composite rotor system, giving it a 25 kt-higher top speed than the AH-64D. It is equipped with improved open-architecture avionics and the ability to control an unmanned aerial vehicle from the cockpit. Boeing has delivered more than 500 helicopters to the US Army and international customers (it has been sold to India, Indonesia, Morocco, the Netherlands, Qatar, Saudi Arabia, South Korea, Taiwan, and the UK. It was cleared in 2020 for sale to the Philippines, while in 2021 Boeing told Janes

Poland is to choose between the Boeing AH-64E Apache Guardian and Bell AH-1Z Viper to fulfil its att...