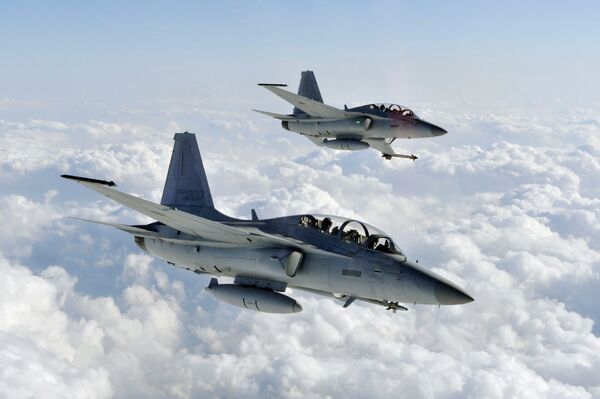 Poland is to acquire 48 FA-50 combat aircraft from South Korea, with deliveries to commence in 2023. (KAI)

Poland is to augment its existing fixed-wing combat aviation forces with the Korea Aerospace Industries (KAI) FA-50 Fighting Eagle aircraft to be procured from South Korea.

In line with this urgent requirement, the first 12 FA-50 aircraft will be delivered in mid-2023, with the remainder to follow according to an undisclosed timeline. “The aircraft will be configured in accordance with the precise requirements presented by the Polish Air Force ([including identification, friend-or-foe] IFF NATO), [and] will have increased operational capabilities [of] the Block 20 standard,” the government said.

The FA-50 is the operational version of the T-50 Golden Eagle advanced jet trainer. Although billed as a ‘light' fighter, the FA-50 has a potent air-to-air and air-to-surface capability. According to Janes All the World's Aircraft: In Service

Poland is to augment its existing fixed-wing combat aviation forces with the Korea Aerospace Industr...