Poland has established a consortium consisting of the Polish Armaments Group and PGZ Naval Shipyard in its bid to procure three frigate-sized coastal defence vessels for the navy under its Miecznik (Swordfish) programme. 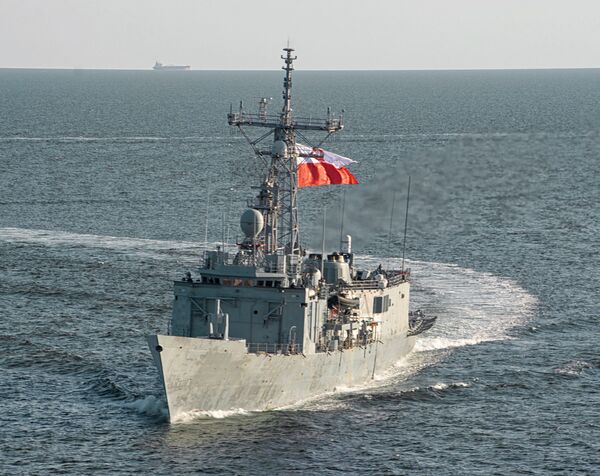 The PGZ-Miecznik consortium will have the mandate to negotiate with the Miecznik programme's contracting authority, the Inspectorate of Armament of the Polish of the Ministry of National Defence (MND).

Launching the consortium is a milestone in the process of building frigates for the Polish Navy, said Sebastian Chwałek, PGZ Naval Shipyard's president, in an official statement on 14 May.

Plans to acquire a new class of coastal defence vessels for the Polish Navy have been repeatedly pushed back since they were first announced in 2012. However, in March the MND announced the launch of a new tender for the Miecznik programme, and defence minister Mariusz Błaszczak tweeted on 15 March that a contract signing was planned by the middle of the year.

The first company invited to participate in the programme was Polish Remontowa Shipbuilding, with subsequent invitations sent out to naval companies across Europe. The consortium has received six proposals from five potential bidders to date, each with technology transfer arrangements to local shipyards. However, further details on these remain confidential.

The vessels are expected to be built in the ‘1+2' formula, with the first-of-class being being assessed for potential improvements that can be incorporated on subsequent hulls. The first vessel may also be modified for future security requirements.

Poland has established a consortium consisting of the Polish Armaments Group and PGZ Naval Shipyard ...