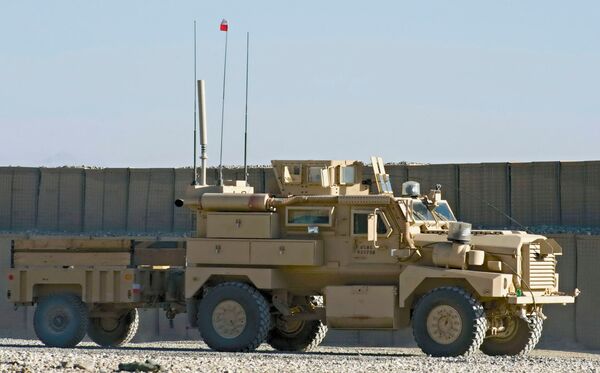 A Cougar MRAP 4×4 patrol vehicle with a trailer and Polish flags at Polish Forward Operating Base Ghazni in Afghanistan in 2008. (Polish MND/PKW-A)

Poland and the United States signed a government-to-government agreement on 8 December for 300 surplus US Cougar 4×4 mine-resistant, ambush-protected (MRAP) vehicles for the Polish Armed Forces, the Armaments Inspectorate (AI) announced on its website the same day. The AI valued the contract at USD27.5 million, including a logistics and training package, with deliveries of all the vehicles scheduled for the first quarter of 2022.

After delivery to Poland, the vehicles will be overhauled and adapted to the requirements of the Polish Armed Forces and to national traffic regulations, the AI said.

The Cougar has a 330 hp engine producing a speed of 88–105 km/h and range of 670 km, a gross vehicle weight of 17.2 tonnes, a load capacity of 2.7 tonnes, and can carry four soldiers in addition to two crew members, according to the AI.

Poland and the United States signed a government-to-government agreement on 8 December for 300 surpl...