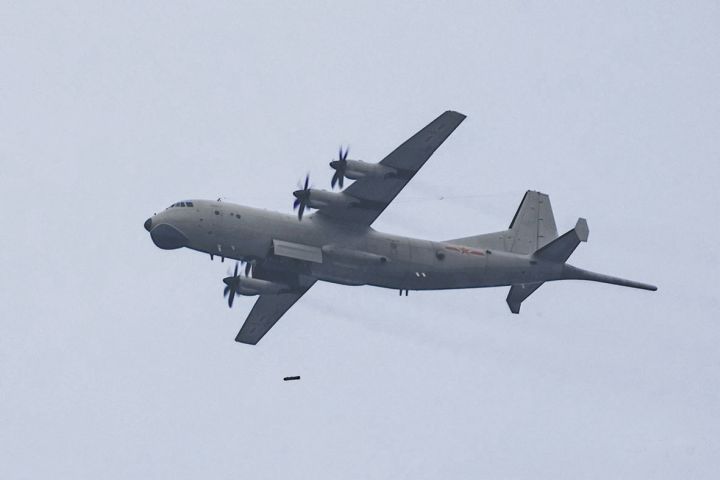 The Chinese military released an image on 3 December showing a PLANAF Y-8Q aircraft attached to a division under the Eastern Theatre Command dropping a new type of guided depth charge during a recently held live-fire training exercise. (Via 81.cn)

From the accompanying photograph, the weapon deployed appears to be the same as the one seen in a China Central Television (CCTV) report broadcast on 15 May, where several examples of a new depth charge – the designation of which has yet to be revealed – were shown on loading trolleys.

The shape and description of the weapon suggests that it is very similar to a Russian ‘Zagon’ guided depth charge. Although it has no propulsion system, controllable fins in the tail section enable the weapon to be steered as it descends through the water, guided by an active acoustic homing system installed in the nose.

The Russian ‘Zagon 2’ weapons are assessed to have a relatively small 35 kg warhead, but the use of a shaped charge will substantially increase their effectiveness in penetrating a submarine pressure hull. Open-source information suggests that the weapons can be guided to their target if dropped within 450 m of a submarine.