China continues to modernise the equipment and enhance the combat capabilities of the People’s Liberation Army Ground Force’s (PLAGF’s) Xinjiang Military Command, with state-owned media revealing on 10 May that the command has recently been equipped with new 122 mm, 4×4 self-propelled howitzers (SPHs).

State broadcaster China Central Television (CCTV) released footage of the new SPH type, which is being referred to in Chinese social media as the PCL-161, taking part in live-fire exercises on a plateau near the Karakoram mountain range at an altitude of more than 4,500 m above sea level. 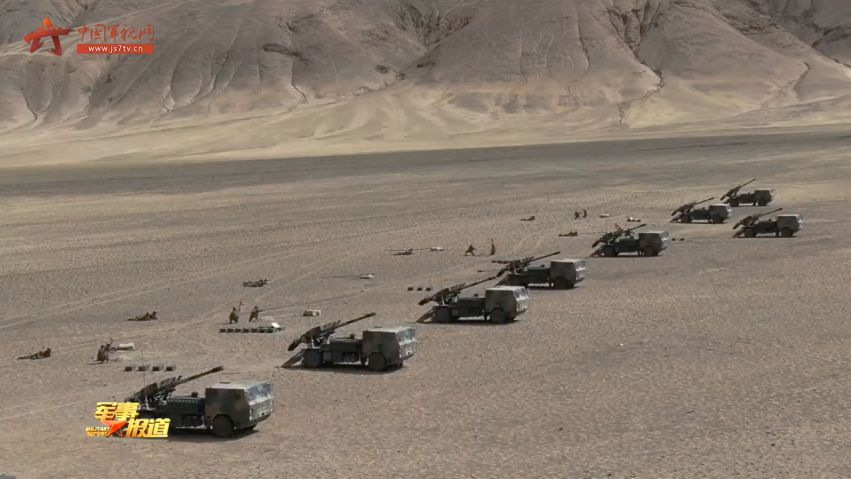 A screengrab from CCTV footage released on 10 May showing that the PLAGF’s Xinjiang Military Command has been equipped with the new 122 mm, 4×4 SPH rumoured to have the designation PCL-161. (CCTV)

Nine examples of the SPH, which is known to also be in service with the PLAGF’s Tibet Military Command, were shown firing what appeared to be different types of munition. CCTV reported that aim of the exercise was to test the capabilities of the combined arms brigade while operating at such high altitudes.

As Janes reported, the lightweight SPH is similar in appearance to the SH4 122 mm SPH displayed by the China South Division of the China North Industries Group Corporation (Norinco) at the Airshow China 2016 defence exhibition in Zhuhai. The gun system on the PCL-161 is also very similar to that on the in-service PCL-171 SPH, although the latter uses a 6×6 platform based on a modified Dongfeng Mengshi 6×6 CTL181A.