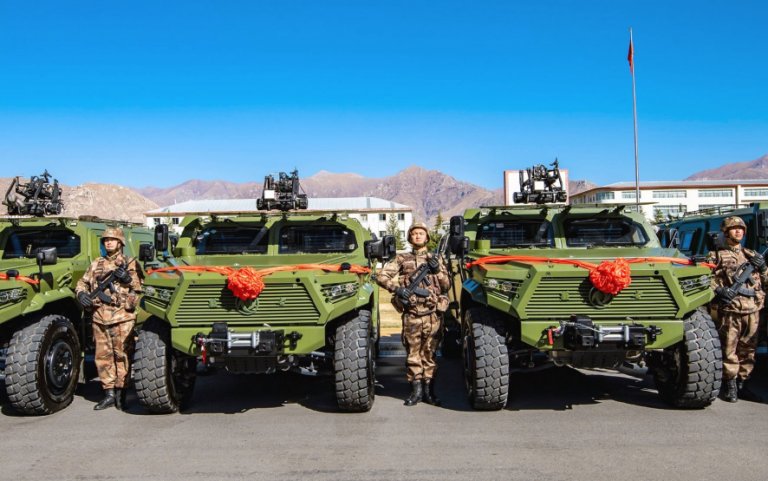 The district released images on 4 November via its Weibo account of an induction ceremony for about a dozen new CSK181s, each of which was fitted with what appeared to be a manned weapon station. That said, no weapons were shown mounted on these stations. The military district provided very few details about the event, saying only that the CSK181s were assigned to a battalion.

The latest developments are a further indication that the Tibet Military District is acquiring a growing number of these third-generation armoured vehicles to boost both the mobility and protection of troops operating in high-altitude areas, amid military tensions between India and China over a border dispute along the Line of Actual Control in the Himalayas.

Only a few weeks earlier, on 16 October, state broadcaster China Central Television (CCTV) released video footage showing a batch of CSK181s entering service with a border unit under the Shigatse Military Sub-District. It is unclear how many CSK181s entered service at the time but at least eight of the vehicles were shown in the footage of the commissioning ceremony.