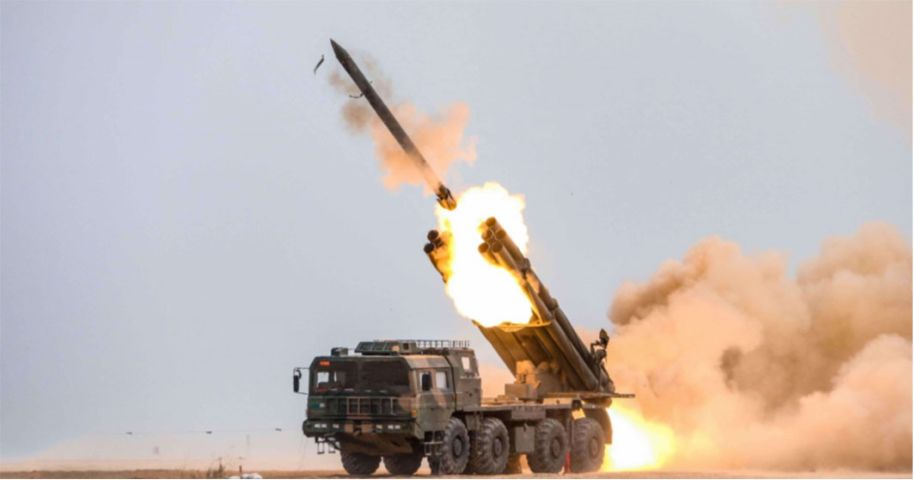 CCTV’s Weihutang programme reported on 20 October that at least some of the PHL-03 MRLs used by the Tibet Military District have been armed with a new, longer-range guided rocket. (CCTV)

Weihutang, a programme about military affairs from state broadcaster China Central Television (CCTV), released footage on 20 October showing several units of the new rocket being loaded onto a PHL-03 MRL, which is fitted with 12 launch tubes for 300 mm artillery rockets.

The new rocket, the range of which CCTV claims is 30 km greater than that of the standard rockets used by the system, is shown in the footage being fired by an artillery brigade during a high-altitude live-fire exercise – presumably in Tibet – and accurately striking several small targets in quick succession.

The exterior of the PHL-03 appears not to have undergone any major modifications but CCTV reported that the system now features a “higher level of information and intelligence”: a possible indication that it has been fitted with an improved fire-control suite.

No information was provided about how many of the MRLs have been modified and armed with the new rocket. It is also unclear when the PLAGF began fielding the new weapon.