Chinese state-owned media has confirmed that the People’s Liberation Army Ground Force (PLAGF) has been carrying out field tests and evaluations of a new lightweight 122 mm self-propelled howitzer (SPH) based on a modified Dongfeng Mengshi 6×6 CTL181A armoured vehicle. 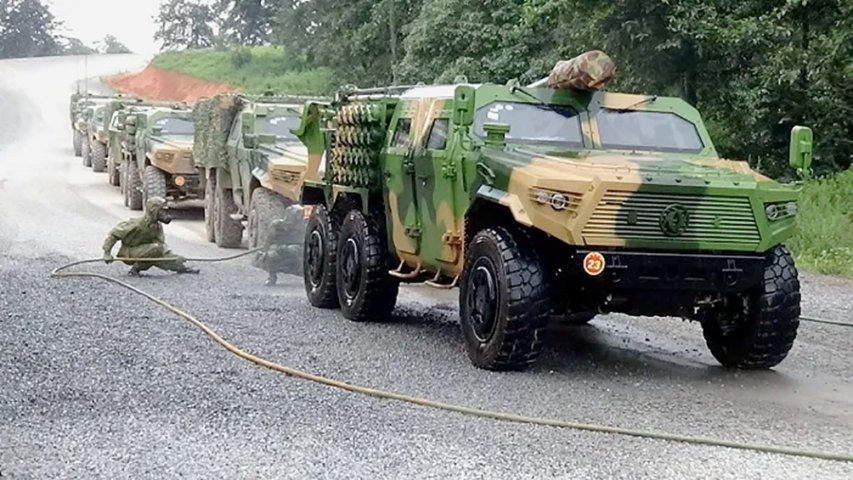 The PLA’s China Weapon Tests website reported on its WeChat page on 29 September that the new SPH, the designation of which was not disclosed, recently underwent rigorous testing with PLAGF troops in China’s southern Yunnan Province to assess both the performance and “battlefield effectiveness” of the weapon system under realistic combat conditions as well as varied terrain and weather.

The report, which showed images of at least two units of the new SPH – painted in army camouflage – taking part in the field trials, said the test results will be used to “further improve” not only the weapon system’s capabilities but also the way these can best be applied to a battlefield environment.

Chinese state-owned media has confirmed that the People’s Liberation Army Ground Force (PLAGF) has b...