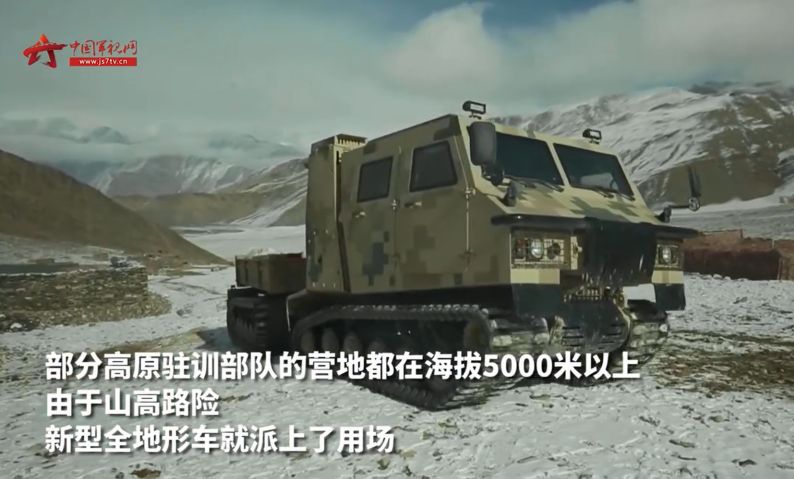 A screenshot from CCTV footage released on 15 January showing a new tracked ATV that recently entered service with the PLAGF. (CCTV)

In a news report published on its js7tv.cn website, CCTV said that the four-door vehicle, the designation of which was not disclosed, can be used to supply troops stationed in plateau regions at altitudes of more than 5,000 m above sea level.

The ATV, which was shown towing an open-top tracked rear module, is equipped with caterpillar tracks made of metalloid, can climb slopes with an inclination of more than 35°, has an average speed of 40 km/h, and can deliver up to 1.5 tons of supplies, according to CCTV. Both modules have evenly spaced road wheels on both sides.

The state-owned Global Times newspaper reported that the recently delivered vehicle, which appears to be armoured and was shown painted in PLAGF camouflage, has entered service with the PLAGF’s “plateau transportation troops”: a euphemism used by state media that often refers to some of the troops operating in either the Tibet or Xinjiang military commands.

CCTV provided no further details about the vehicle but it appears to be based on the JM8 ATV from Chinese company Guizhou Zhanyang Power Heavy Industry that was first identified by Janes in 2015.