The footage, which is part of a news report from the CCTV 7 channel posted on the Weibo social media platform on 11 January, shows several soldiers from a what appears to be a joint logistics support unit using the powered exoskeleton to unload crates of munitions from the back of a truck. 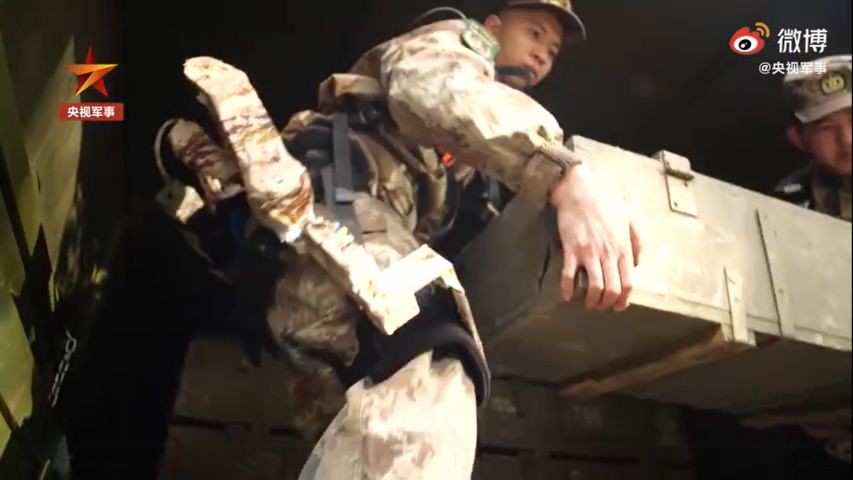 A screengrab from CCTV 7 footage released on 11 January showing a new type of exoskeleton system being used by PLA troops to assist them in carrying ammunition crates. (CCTV 7)

CCTV 7 said the “lightweight” exoskeleton, which was described as a “portable ammunition support assist system for individual soldiers”, takes about 40 seconds to put on (or take off), allows the wearer to lift an additional 20 kg, and can reduce the weight burden of what is being carried by more than 50%.

As an example, CCTV said the exoskeleton, which “does not affect body movement”, enables a single soldier to carry a 52 kg crate without much effort.

Data on usage of the exoskeleton, including on how much assistance the system has provided, can be recorded using a handheld computer. This can then be used to improve the performance of the suit, according to CCTV.

No information was provided about the manufacturer and whether the suit has officially entered service or is undergoing trials.