Next article
US Army set to cut or curtail 186 programmes 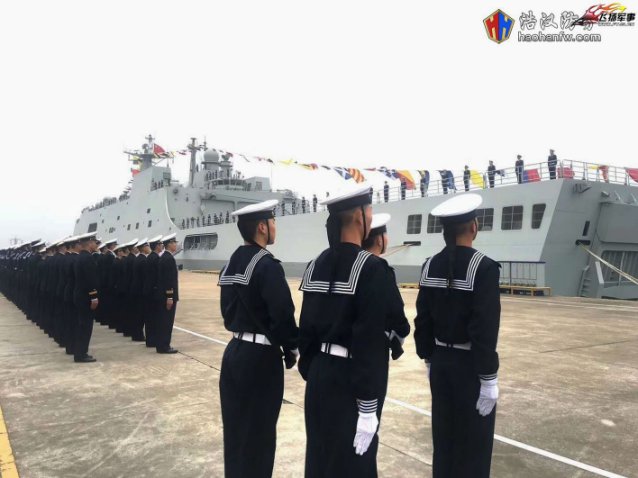 A PLAN Type 071 LPD at a commissioning ceremony held at what is believed to be China’s Zhanjiang naval base on 12 January. (Via haohanfw.com)

Although there has been no evident coverage of the commissioning in Chinese state-owned news media, photographs posted on online forums show a combined ceremony held for both warships that is said to have taken place on 12 January. 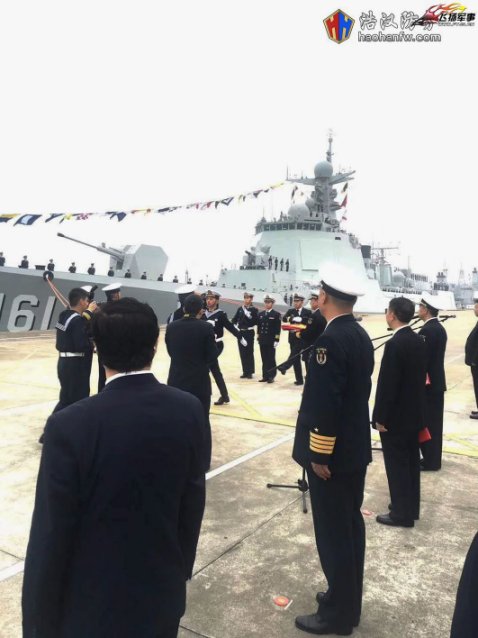 The PLAN commissioned another Type 052D destroyer at a ceremony held at what is believed to be China’s Zhanjiang naval base on 12 January. (Via haohanfw.com)

The latest Type 071 landing platform dock (LPD) vessel to enter service has been given pennant number 987 and is thought to have been named Wuzshi Shan . The location of the commissioning ceremony is unconfirmed but it appears that the event took place at the Zhanjiang naval base, with both ships likely joining the South Sea Fleet.

The first three Type 071 LPDs were allocated to the South Sea Fleet and are based at Zhanjiang. The first entered service in November 2007, the second in October 2011, and the third in September 2012. There was a pause in construction of nearly four years before the fourth entered service with the East Sea Fleet in early 2016.

The fifth Type 071 is believed to have been commissioned in September 2018 and also allocated to the East Sea Fleet but received no coverage in Chinese state-owned news media, nor were any images circulated online.

The radar system on China’s Type 055 (Renhai)-class destroyers has the ability to track satellites i...