China is continuing to modernise the equipment and enhance the combat capabilities of the People’s Liberation Army Ground Force’s (PLAGF’s) Xinjiang Military Command. 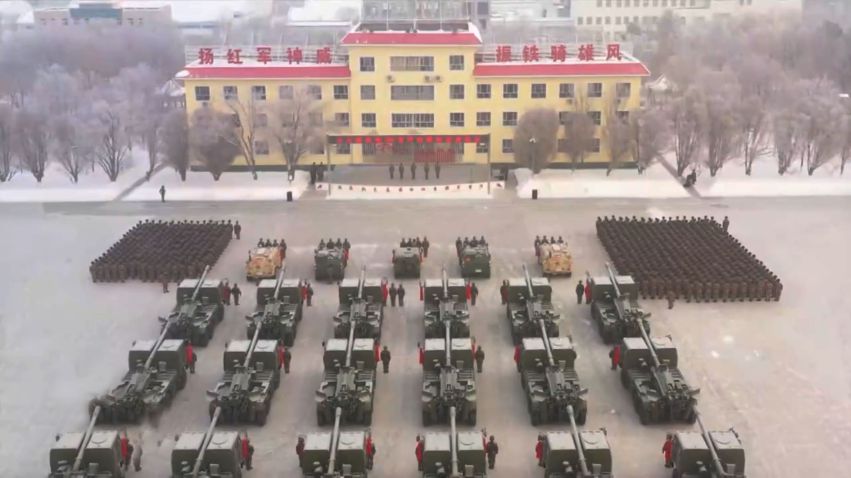 A screenshot from CCTV footage showing a commissioning ceremony for at least 18 Norinco PCL-181 SPHs. The systems entered service with a PLAGF artillery brigade near Tianshan in Xinjiang. (CCTV)

Footage published in CCTV’s ‘Military Report’ programme showed a commissioning ceremony for at least 18 PCL-181s. It is unclear when exactly the ceremony took place but the broadcaster said the vehicles recently entered service with an artillery brigade near Tianshan.

The 22-tonne SPH, which is manufactured by Norinco and has the export designation SH-15, features an automatic gun-laying system, a semi-automatic ammunition loading system, a digitised control board, and also has room for six personnel in the cabin area (including the driver). According to Norinco, the SH-15, which is based on a truck chassis and is capable of travelling at a top speed of 90 km/h on roads, is fitted with a 155 mm L52 howitzer capable of firing between four and six rounds per minute.

China is continuing to modernise the equipment and enhance the combat capabilities of the People’s L...