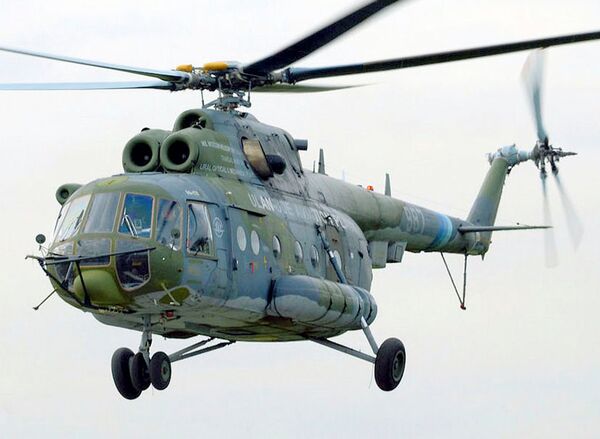 The cancellation of an order for Mil Mi-17s from Russia has the Philippines seeking alternative heavy-lift rotorcraft. (Mil)

The Philippines has scrapped a multimillion-dollar deal with Russia to acquire Mil Mi-17 heavy-lift helicopters.

A source in the Philippine Air Force (PAF) confirmed the cancellation to Janes and added that the Technical Working Group of the project is now considering other platforms with similar capabilities for acquisition.

The cancellation of the order has interrupted Manila's ability to close a long-standing requirement of the country for heavy-lift, utility helicopters. According to the PAF source, the Mi-17s would primarily have been used for high-cargo operations involving troops and equipment. The Philippines military had also planned to use the helicopters for High Availability Disaster Recovery (HADR).

The cancellation comes just months after the former Philippines Secretary of National Defense Delfin Lorenzana acknowledged on 10 March that a deal had been signed with Moscow in November 2021. The deal was among a handful of major military purchases approved by the former Philippines President Rodrigo Duterte before his departure from office in June 2022.

Lorenzana stressed in March that the PHP12.7 billion (USD229 million) deal for 16 Mi-17s had been signed with Moscow before Russia began military operations in Ukraine. The aircraft were to be acquired through the state budget and under the aegis of the Revised Armed Forces of the Philippines Modernization Program (RAFPMP).

According to Lorenzana, a down payment for the helicopters was made in January 2022. However, Lorenzana told media on 27 July that he had cancelled the order in June, because of threats of sanctions from the United States.

The Philippines has scrapped a multimillion-dollar deal with Russia to acquire Mil Mi-17 heavy-lift ...